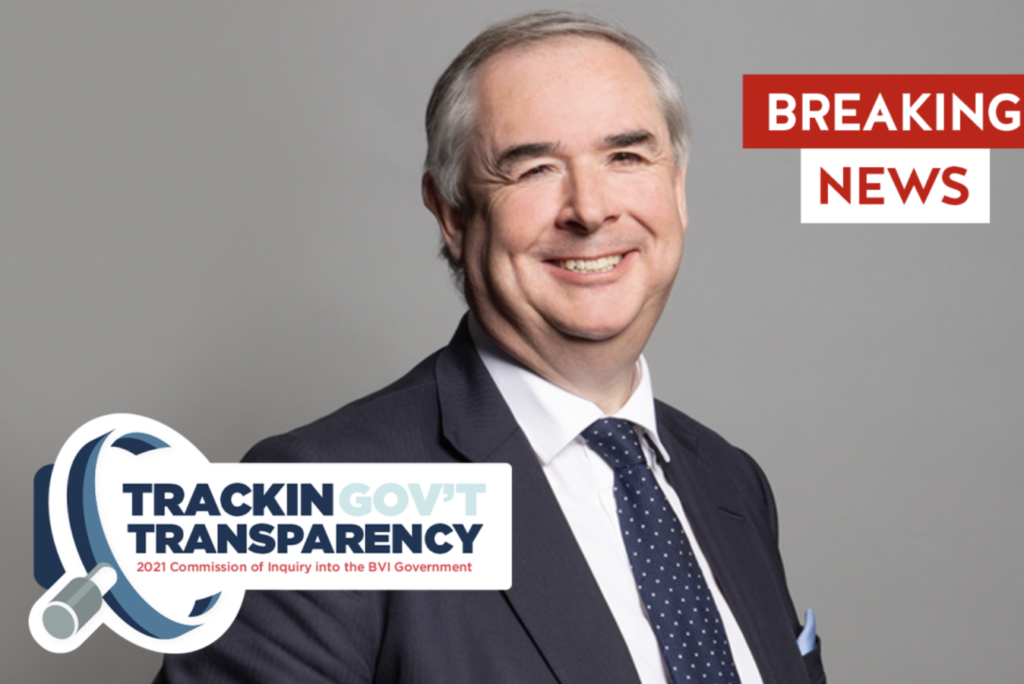 The Andrew Fahie administration has acquired international law firm to represent his government in the upcoming BVI Commission of Inquiry sanctioned by Governor Augustus Jaspert.

The announcement was made moments ago by the Premier’s Office via a media release.

According to the information provided, government hired a former Attorney General of England and Wales as well as a law firm with offices here and abroad.

The Premier’s Office said: “The Government of the Virgin Islands announces today that it has appointed law firm Withers in the BVI and London, together with leading counsel, the Right Honourable Sir Geoffrey Cox QC MP — the recent former Attorney General of England and Wales — to ensure a transparent process and to advise upon issues arising from this decision by the Governor in this matter and upon all matters relating to the Commission of Inquiry.”

Premier Fahie spoke highly on the legal ability of Sir Cox and Withers law firm, stating that he believes they both will provide his government with comprehensive legal representation.

“I am pleased that the government of the Virgin Islands will have Withers to advise government — in particular the expertise of Right Honourable Sir Geoffrey Cox, MP with his extensive legal knowledge and professional experience regarding Overseas Territories,” Fahie stated.

The Premier’s Office also highlighted Section 12 of the Commissions of Inquiry Act which provides legal grounds for the government to seek representation.

“Section 12 of the Commissions of Inquiry Act 1880 as amended provides that persons or entities that have a concern in the inquiry or who are the subject of the inquiry, shall be entitled to have legal representation in the proceedings of the inquiry,” the release added.