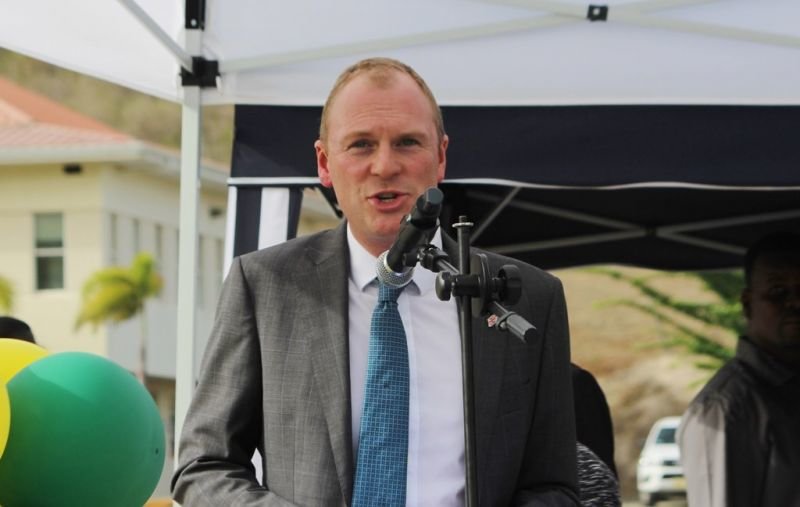 The Queen’s representative in the Virgin Islands, His Excellency the Governor Augustus J. U. Jaspert has initially responded to the Government of the Virgin Islands’ request for a grant to help persons made unemployed as a result of stringent measures to fight COVID-19, saying he supports the vision of the Government but suggested the VI is capable of financing its own initiative.

Governor Jaspert noted too that the United Kingdom is also facing its own challenges due to the impact of the pandemic.

Premier and Minister of Finance, Honourable Andrew A. Fahie in a statement to the Territory on Saturday, March 28, 2020, had said Government was trusting that the Governor is able to assist the Territory with accessing these funds to match what the VI was making available to its unemployed population as a result of COVID-19.

According to Governor Japsert, in a statement on March 30, 2020, he agrees with the Premier on the importance of protecting the best interests of the individuals and businesses of the Territory, many of whom he said are facing, and will continue to face, significant financial hardship.

He added that countries and Territories around the world are assessing their own public finances and making arrangements to support their people and he believes that as a Cabinet, it also needs to consider what urgent measures it can take here.

“To this end, I have asked Cabinet to set out, as a matter of priority, its plans to ensure that individuals and businesses receive the support they need, both immediate and longer term. I am pleased that this work is actively underway. I am also pleased that the Government has also begun to address the current expenditure and is looking to address internal financing arrangements.”

Governor Jaspert also said the VI needs to recognise it is starting from a strong position.

“We have healthy reserves and the Social Security Board Fund is very robust. Citizens are cooperating well with the current ‘lockdown’ – one of the measures our Government has taken in an effort to slow the spread of the virus in the Territory.”

It should be noted that the previous National Democratic Party (NDP) Government in particular, has in the past accessed money from the Social Security Board (SSB) Fund for projets.

Mr Jaspert continued that Cabinet is currently doing an urgent assessment of public finances and putting together plans on new measures, including what assistance will be available to individuals and business.

“The impact of this pandemic may change in the future, but I recognise that it is important that people and businesses are given some initial reassurance from our Government on how they are supported in the face of economic hardships. I am encouraged that like the other Overseas Territories, the BVI Government is developing its own plans to respond to those in need and I am looking forward to hearing these necessary developments in Cabinet. I know, like sister Territories, BVI is proudly self-sufficient, and will be considering every resource to support our people.”

The Governor said; however, he would like to emphasise that the UK stands with the people of the Virgin Islands and has already offered its support to this Territory.

“Since the outbreak of the virus, experts from the UK’s public health organisation have provided remote support to BVI via regular teleconferences to discuss disease management techniques and medical equipment.

“Later this week, I expect the first batch of testing kits (480 tests) to arrive in the Territory - more than doubling our current testing capacity. This will be the first of many packages of equipment from the UK. Whilst the UK and indeed the whole world struggles with accessing necessary medical supplies, I, as Governor, will continue to lobby for more on behalf of the people of the British Virgin Islands.”

“As fiscal management and social security are responsibilities of the BVI Government, the UK Government needs to consider the request made on Friday in the context of our own BVI Government plans.”

UK has its own problems

Governor Jaspert said it was also important to acknowledge that COVID-19 is a global challenge and the UK has not been spared.

“But, despite the immense challenges, I am pleased that the UK remains committed to supporting its Overseas Territories in ways that it can.”

The Governor said over the coming days and weeks, he hopes to work with his colleagues in Government on the robust plan “for that will support all the people of the British Virgin Islands.

“As always, my priority is your safety and security.”