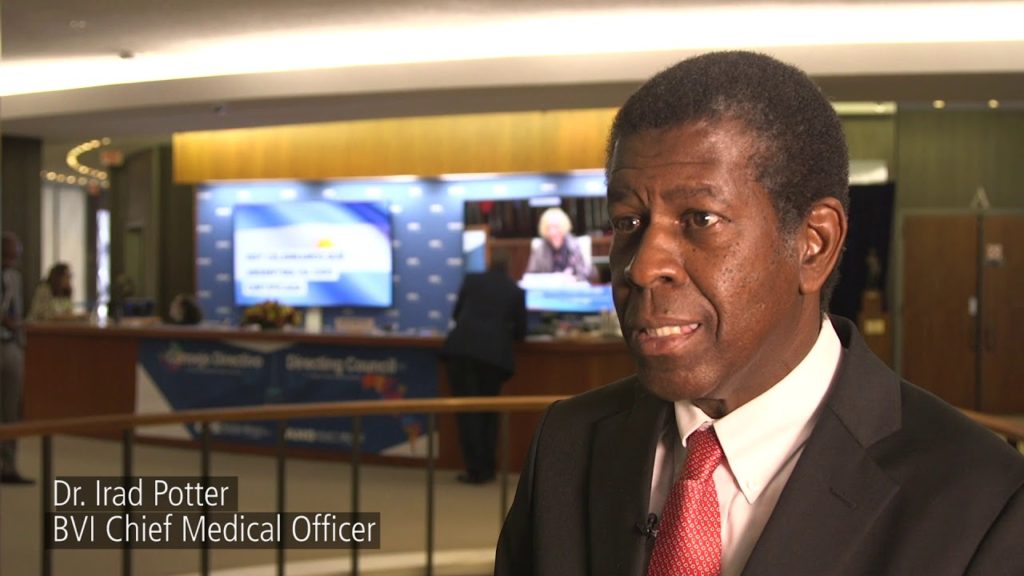 The British Virgin Islands will soon be considered coronavirus-free once no new cases are recorded in the territory.

This is because two of the three original confirmed cases have officially returned negative results from the Caribbean Public Health Association (CARPHA) in Trinidad.

The remaining case has also returned a negative result after undergoing an unofficial test in the BVI. That third patient is now scheduled for the second official testing in Trinidad this week.

“That person is recovering well. We expect that they would have their second negative test some time shortly … If that (result) is negative, then they will be classified as recovered,” Dr Potter stated.

“The other two (patients) were tested negative twice because that is the protocol … We have the two results for each of the first two and I expect that the second test for the third person will be done.”

Immune system defense the cause of recoveries

Dr Potter attributed the recovery of the patients to their own immune systems, stating that no COVID-19 treatments were performed on any of the individuals.

“Remember that we reported that all of our cases only had mild symptoms. None of them really required hospitalization, none of them was in any respiratory distress or anything. They were all mild,” the CMO explained.

“The immune defences of their bodies fought the virus and cleared the virus from their systems, which is what would happen with the majority of cases,” Dr Potter further explained.

The BVI continues to be on a 24hr lockdown until April 19 and is expected to implement a 30-day soft curfew directly after.

According to Health Minister Carvin Malone, this measure is to further prevent COVID-19 from entering the territory and spreading.
#COVID-19  #Covid  #Coronavirus
Add Comment