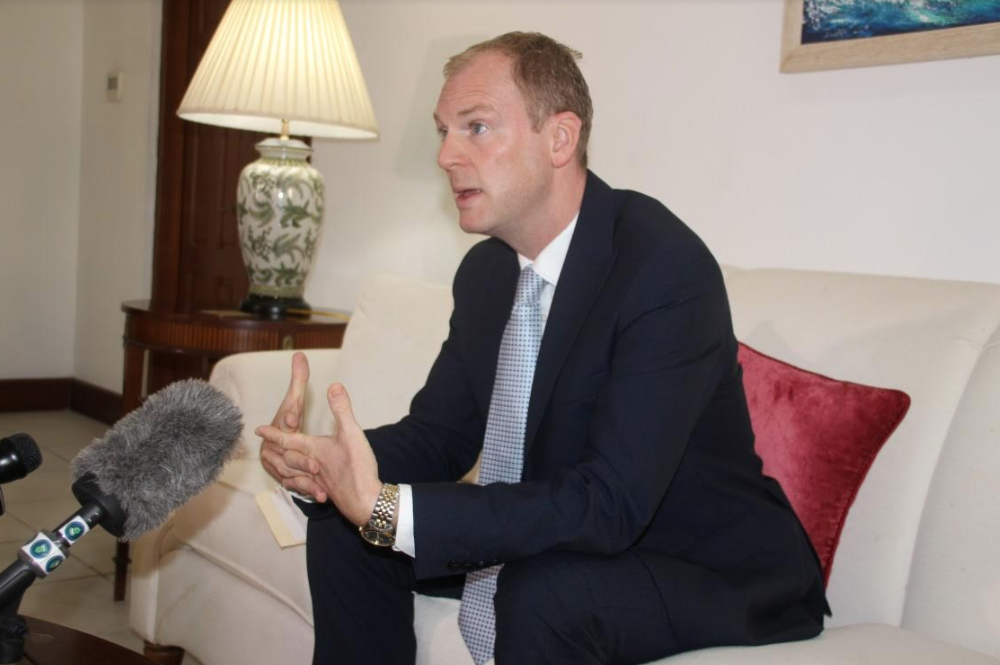 BVI to still benefit from EU funding despite Brexit - Governor

The British Virgin Islands will continue to benefit from existing projects which are being funded by the European Union, despite the United Kingdom’s exit from the EU last Friday, January 31.

Governor Augustus Jaspert told reporters during a media briefing on Monday, February 3, that discussions involving him, the BVI government, and the UK have resulted in Overseas Territories maintaining EU funding, even after the end of the Brexit transitioning deadline of December 31, 2020.

“The United Kingdom’s Prime Minister guaranteed and actually got it as part of the negotiations with the European Union, that any funding that the EU gives to any territory, including in the BVI where we benefit from the European funding, that funding is guaranteed to keep going,” Governor Jaspert stated.

“One example, the European Union-funded I think €2 million to help fund improvements to our disaster management shelters. That funding will continue, we don’t have any cut off from that, the programme of work is already on the way and those shelters will continue regardless if it goes after that timeline,” he added.

Governor Jaspert also reassured the BVI public that all other benefits which existed under the European Union prior to Brexit will continue during the transitioning period which ends at the end of 2020.

He said: “For British passport holders and British Overseas Territories passport holders, the same arrangements apply, and that is an important part of continuity and similarly on trade during this period as well.”

“So, if people are thinking about their travelling to the European Union or they’re working within in the European countries, nothing changes on that front and within that period the UK will be negotiating what is the future partnership approach with the European Union,” the Governor explained.

Lots of opportunities being discussed

He also said that lots of discussions are scheduled to continue between the Overseas Territories and the UK during the transitioning Brexit period which will foster new prospects for the BVI.

“There’s also lots of opportunities for both the United Kingdom and BVI as trade deals or trade arrangements can be opened up across the world and I hope that the BVI will take full advantage of those as well, as part of a plan with the United Kingdom,” Governor Jaspert stated.

June 2020 will make four years since 52 percent of British nationals voted via referendum for the UK to leave the European Union.

After the process to withdraw from the EU had started in March 2017 following the UK’s official announcement, a number of set deadlines to leave the EU were all eventually postponed.

Following the election of UK’s Prime Minister Boris Johnson in December 2019, he had promised that Britain would leave the European Union on January 31, 2020.
Add Comment