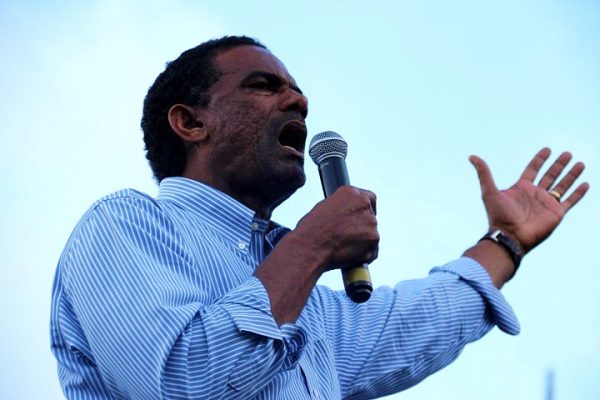 BVI too small for division; focus on elections - Dr Pickering

Former Deputy Premier Dr Kedrick Pickering has suggested that the BVI is too small for the type of divisiveness that ensued from the recent heritage debate that erupted during this year’s Virgin Islands Day celebrations.

The debate surrounds remarks from former legislator Eileene Parsons who said, a Virgin Islander must be able to trace their parentage back three generations of Virgin Islanders on both sides.

But Dr Pickering argued that the territory’s focus would be better placed on the upcoming general elections scheduled to happen next year.

He described the subject being debated as emotive. He further suggested that some of the challenges that have arose recently are symptoms of a larger problem that needs to be diagnosed.

Belongers and Virgin Islanders being conflated?

Dr Pickering said the concept of what makes a person a Belonger or a Virgin Islander may have become conflated.

One of the important points that needs to be considered, Dr Pickering said, is that there cannot be two classes of citizenship — Belongers and Virgin Islanders — within the territory.

According to the former Seventh District Representative, while a Belonger is a legal status that can be conferred and has certain rights and responsibilities along with it, a Virgin Islander is more of a historical issue.

The former legislator, who served for some 20 years in the House of Assembly (HOA), suggested that a Virgin Islander is someone who traditionally has a historical connection to the territory.

“When we had those debates, it [was] said that anybody who could trace their ancestry back to 1927 is considered a Virgin Islander, and that had nothing to do with whether you were born black or born white,” he stated.

Dr Pickering confessed though, that he was somewhat fuzzy about the rationale behind the date that was mentioned, and offered that it had something to do with the historical context of where the territory was at that point in time and what happened after that.

“You can acquire Belongership, you can become a Belonger, but you are either a Virgin Islander or you are are not,” Dr Pickering added.

Meanwhile, Dr Pickering suggested that the argument over what makes a person a Virgin Islander may have boiled over into the discourse about the persons selected for the Constitutional Review Committee (CRC) by the Governor.

He further suggested that there was an element of cultural insensitivity in the Governor making the recent controversial selections for the CRC, as opposed to legislators from within the HOA doing this.

“I happen to have had a chat with the Governor himself on this issue and the point I made to him was that, unless you understand and appreciate why the indigenous Virgin Islander feels threatened, you are not going to be able to understand a lot of the issues that come about,” Dr Pickering said.

Dr Pickering argued that, with any country of the world, there has to be a protection for its indigenous peoples.

Dr Pickering said the BVI must embrace multiculturalism in building itself into a great nation.

But the former legislator said this is a different issue from other current debates and how it is made to work is what is going to determine how successful and how great it will become.

“We get lost in some of the minor details and then we miss the big picture, the BVI is a multicultural society, and how we embrace it and build on it is what is going to determine who will become ultimately,“ Dr Pickering argued.

“The country needs a reset, the election will give us that opportunity,” Dr Pickering added.