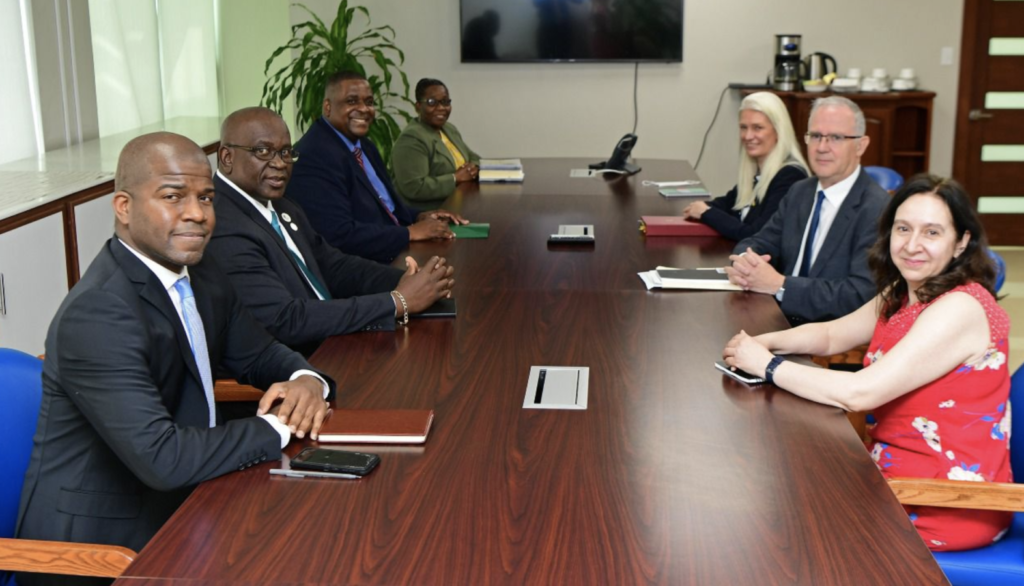 “The United Kingdom and Overseas Territories have applied unprecedented sanctions in response to Russia’s invasion of Ukraine which we hope will help bring an end to the crisis. War is not the answer. The people of Ukraine deserve to live in peace within their own internationally recognised borders, as called for by the UN General Assembly. Our regulatory agencies will continue to do their part,” Premier Fahie said.

The Minister of Finance also discussed with Milling the economic impact of the Ukraine crisis on the British Virgin Islands and his administration’s potential fiscal and other policy options to respond to rapidly rising inflation and the sharp spike in energy and fuel prices.

“I appreciated the interest by Minister Milling on the economic ripple effects of the Ukraine crisis on the British Virgin Islands and shared with her the various fiscal and other policy options currently being considered to respond to higher prices at the pump and higher electricity bills. She understands the global economic impact the Ukraine crisis is having on economies around the world and the need by Governments, including my Administration, to respond accordingly,” Fahie stated.

At the bilateral talks, Minister of Health Carvin Malone also updated Minister Milling on the impact of COVID-19 in the territory and thanked the United Kingdom for the provision of vaccines and other assistance. Minister Milling confirmed that the UK will continue to support the BVI’s COVID response.

On the issue of economic diversification, Premier Fahie expressed his satisfaction that good progress is being made by the BVI and UK in advancing medicinal cannabis in the British Virgin Islands and thanked Minister Milling and her team for helping to move the process forward.

To round off UK-BVI bilateral talks, Fahie and his Ministers hosted a ministerial dinner in which he thanked Minister Milling for travelling to the British Virgin Islands on his invitation, which he hoped had given her greater familiarity with the people and culture of the islands and a better sense of the territory’s remaining hurricane recovery needs, the potential for sustainable development and modest recovery of tourism from the pandemic.
#Vaccines  #COVID-19  #Fahie  #Covid
Add Comment