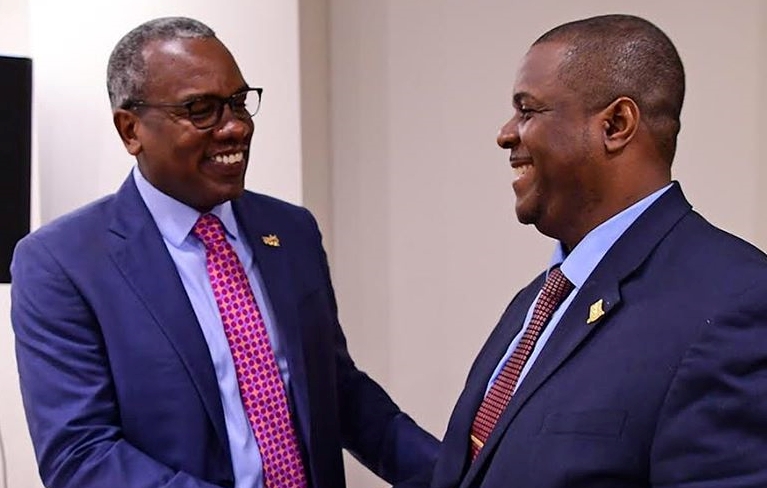 In a bid to continue negotiations to reach their shared goals, the British– and neighbouring United States Virgin Islands (USVI) is now set to host monthly meetings through their Inter-Virgin Islands Council’s standing committees.

“One of the things coming out of this meeting is there will be no business as usual, but business unusual. This means that our standing committees will meet once a month to ensure that we iron out the areas we have in common and work out the grey areas where there are differences,” stated Premier Andrew Fahie in a government-commissioned media release after the meeting.

He added: “The objective is for the committees to work together so that in the next couple of months, we can come up with solutions ahead of the meeting next year. We have stated now that we want a greater Virgin Islands, and we will work towards that direction.”

Meanwhile, USVI Governor Albert Bryan, Jr described the meeting as one which was productive after successfully going through a variety of issues that will mutually benefit Virgin Islanders.

“The one thing that is key is the strong familial ties that lie between the British- and US Virgin Islands and our constant commitment to ensure that our people are resilient in the face of our challenges and that we can take advantage of the possibilities and opportunities of a collaborative Greater Virgin Islands,” Governor Bryan stated.

As co-chairs of the IVIC, both Premier Fahie and Governor Bryan have agreed to assign a representative to lead the monthly meeting, which will house the Council’s 12 standing committees.