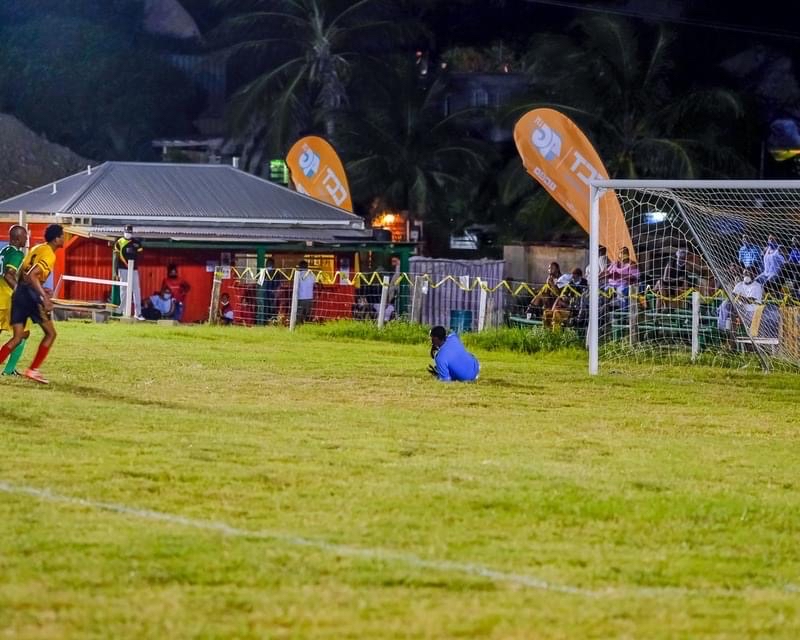 President of the BVI Football Association Andy Bickerton said the Greenland stadium is in its final stages of development and the Association is waiting on funds from the Federation Internationale de Football Association (FIFA) for its completion.
“We are basically at the last stage. We have applied to FIFA for the money to get the stands underway. We are actually now waiting on their response. They have had that for a number of weeks I think, and we are waiting to hear back from them because the foundation is in, and we are ready to start for at least 18 months. So, the delay is not on our side. It is on their side,” Bickerton said at a press conference yesterday.

Ground was broken at the stadium in 2019 in a partnership between the Virgin Islands government and the BVIFA, under the FIFA umbrella, for the development of what should be a 2,500-seat multi-purpose stadium for recreational and sporting facilities associated with works in Greenland.

The government has leased approximately four acres of Crown land — known as the Festival Grounds at East End — to develop the facilities.

The facility was expected to include a six-lane 400-meter track, netball and volleyball courts, covering for ghuts on both sides of the stadium, fencing, a parking lot for 200 cars, and an access road between the parking lot and the multi-purpose stadium.
#the Virgin Islands
Add Comment