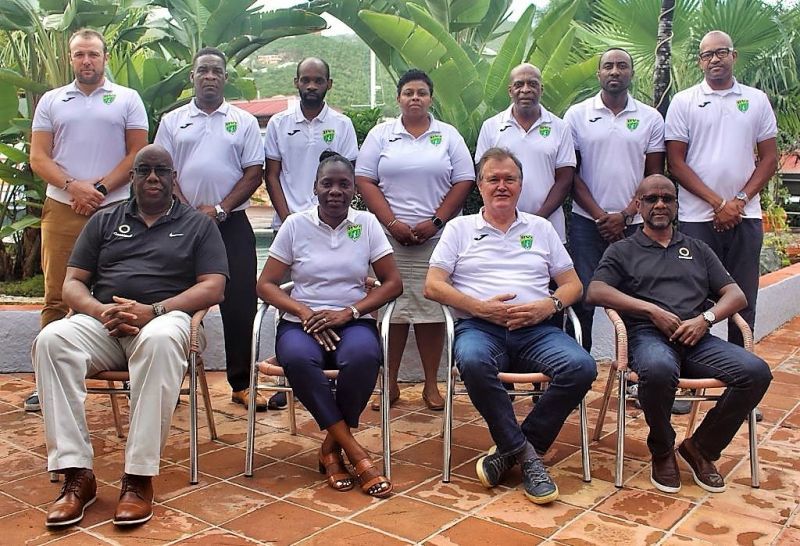 Members of the BVI Football Association (BVIFA) Executive Committee spent last weekend in a series of workshops with Mentors from the Regional Governing Body, CONCACAF, all with the aim of taking the organisation to the next level.

The two-day workshop, facilitated by Mr Howard McIntosh, One CONCACAF and Caribbean Projects Manager as well as Mr Horace Reid, Caribbean Director, Member Association Affairs had a main theme and aim of exposing the newly named BVIFA Executive Council to best practices in good governance, to improve the overall administration of the game and to address the key roles and responsibilities of the Council. 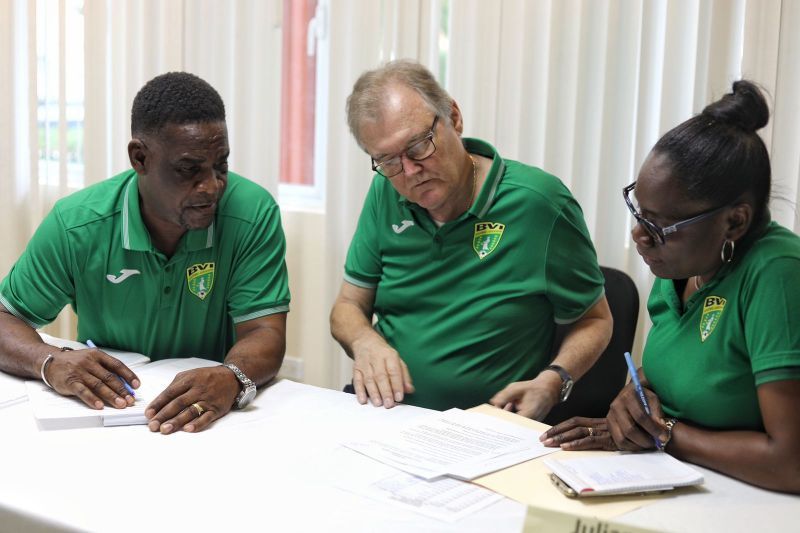 BVI Football Association (BVIFA) President Mr Andrew C. Bickerton, centre, said the workshop was another steppingstone in the development of football in the islands as the BVIFA looks to match the professionalism of players and coaches with that of the administration.

The BVIFA also had to go over its strategic plan, which got the thumbs up from the Facilitators, discuss its current organisational structure, roles and responsibilities within the organisation and identify key positions that need to be filled.

“The sessions were very productive,” commented 1st Vice-President, Mr Avenel Morton aka ‘Clarky’ in a press release from the BVIFA on March 18, 2022.

“The gist was that they were happy with where we have reached so far and have empowered us to reach new heights as a Council. This means as the elected officials we have a responsibility to not be so involved day to day, but make sure the people we put in place are accountable and doing their jobs,” Morton shared.

The Executive Council is similar to a Board of Directors in a Company and, according to Morton, it takes football well and truly into the realms of operating just like a successful business.

BVIFA Treasurer Mr Kenrick Grant echoed the thoughts of his VP. “It was very timely in preparing us to be a body with the right attitude, understanding and knowledge needed for establishing a successful business where we can create leaders.”

Grant also pointed out that with the support of FIFA and CONCACAF, the BVIFA has already been making strides to be fully professionalised with a clear separation of the Legislative, Executive, Judiciary and Operational functions. Clubs and National teams have also benefitted from the new era and following implementation of the conclusions from the Workshops, those benefits will only continue to take football forward.

Immediate steps to be taken

Some of the more immediate steps to be taken include, the creation of a crisis management committee, develop a communication strategy for all clubs, members, stakeholders and supporters, a review of the player registration process and a separation of powers by the Council members so they no longer are involved in the various standing committees and the creation of standard operating policy and procedure manuals for the various functions of the BVIFA.

President Mr Andrew C. Bickerton was delighted to report that the workshop "was another steppingstone in the development of football in the islands as we look to match the professionalism of our players and coaches with that of our administration."