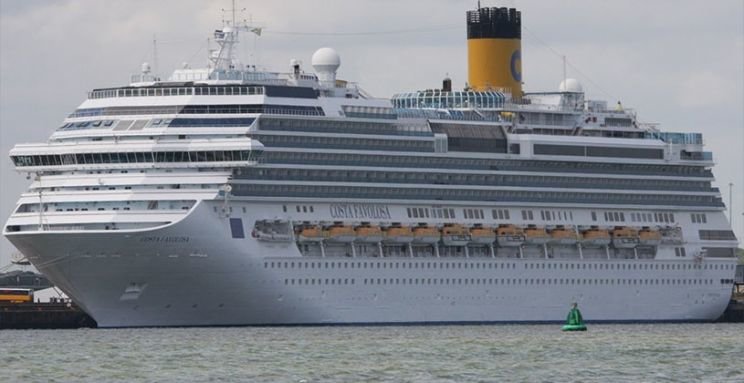 The BVI Ports Authority(BVIPA) has been granted permission to accept technical calls and warm layups at its seaports.
After initially stating that mega yachts would be allowed to make those stops in the Territory, the BVIPA in a subsequent updated release omitted mega yachts.

According to the new BVIPA release, the Government has agreed on conditions to allow cruise ships to carry out short-term berthing at the BVI Ports Authority’s Cruise Pier and Port Purcell dock under strict health and safety rules.

The BVIPA indicated that this move will allow it to stay in line with the Government’s decision to suspend cruise liner visits to the Territory during the current COVID-19 pandemic.

"The cruise business can be continued via what is known as a technical call or warm layup. This is not a cruise call, the vessel does not have any passengers on board, and it will be berthing exclusively to take on bunkers, provisions, spare parts and other services," the BVIPA has explained.

Under the arrangement, no crew members will be allowed to disembark from the vessel, and no attendance onboard the vessel from shore-based staff will be permitted during its stay in the BVI.

The economic benefits of extending technical calls or warm lay-up include ships carrying out refueling, repair and start-up activities in the Territory before they can set sail again. The BVIPA believes that maintaining a link with and continuing to service the cruising industry in the safe manner proposed with technical calls/warm layups can be a vital part of the rebooting strategy.

“We wish to thank the Government of the Virgin Islands and our local shipping agents for its collaborative approach, and for working closely with us on this initiative. Providing supplies and fuel is of vital importance for the maritime industry,” said Dean Fahie, Acting Managing Director of the BVIPA.

Fahie went on to add that “cruise companies will appreciate the BVI’s reasonable stance in providing safe shelter and berthing arrangements with respect to existing restrictions and full compliance with health and safety rules."

Deputy Managing Director, Oleanvine Maynard indicated that “Government is already looking ahead and has created an economic task force which is tasked with evaluating and preparing the BVI to be best positioned as we reboot the economy. The Port is one of the areas which is considered critical to our economy and as such we must adapt.”
#COVID  #COVID-19
Add Comment