Businessman and Member of the BVI Ports Authority (BVIPA) Board, Mr Vincent Wattley said part of the reason why the BVIPA had to raise its fees during a global health crisis was to keep their staff contingent employed and to conduct necessary upgrades to the infrastructure and service offerings.

Mr Wattley made the revelation during the Honestly Speaking Radio Programme with host Claude O. Skelton-Cline on ZBVI 780 AM on Tuesday, March 30, 2021.

The fees in question came into effect earlier this month. 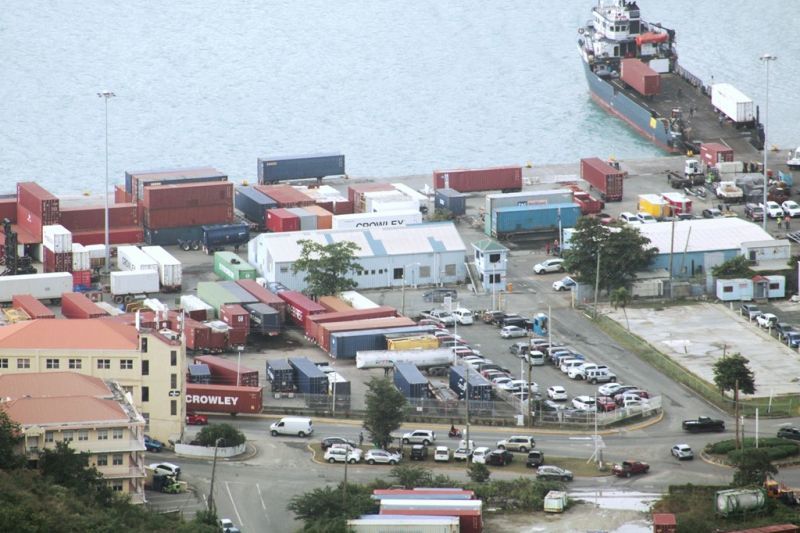 Businessman and Member of the BVI Ports Authority (BVIPA) Board, Mr Vincent Wattley said part of the reason why the BVIPA had to raise its fees during a global health crisis was to keep their staff contingent employed and to conduct necessary upgrades to the infrastructure and service offerings.

“I can safely say that one of the reasons the fees are being raised at this point is that the BVI suffered heavily from 2017 with the floods and two major storms. The Port was badly damaged, we lost our buildings, operational equipment, furniture’s, computers, servers and a lot of these things were not replaced, and the port had some difficulties replacing a lot of these things to keep the port running.

"Then we had just recently the COVID-19 affecting the whole world, and it did affect the BVI drastically.”

Wattley said the global coronavirus pandemic has resulted in less cargo being imported and less movement in general due to the closure of the seaports, which caused them to implement cost-cutting measures, including the cutting of salaries.

“The spending went down because the income also went down. You don’t want to drastically affect everyone who is an employee. Salaries were cut, but you cannot cut salaries for a length of time because these people have lives, so the salaries had to be put back in place. So it boiled down to what you going to do? You going to lay off or you are going to send home a number of employees, put them out of work? Or you are going to find a way to raise revenue? It was decided that it was best to find a way to raise revenue to keep the staff employed, to also find a way to generate revenue to do the upgrades that the port needs.”

He said the upgrades encompassed purchasing new equipment, repairing the infrastructure and the Information Technology system.

“We lost our operating area; we lost our offices, we had to go out and rent space which was never part of what the port had to spend revenue on, so with all of that, we had to find a way to raise revenue without sending home your employees or cutting your staff and that’s where the increase really came about.”

Joining the conversation, BVIPA’s Director of Finance, Mr Claude Kettle, said the BVIPA had insurance and received ‘upwards of $9 million” after the 2017 weather events, but that was not sufficient.

He said, while not delving into details, the $9 million was used sparingly.

Kettle stated that even before the pandemic struck, the fee hike was already being discussed.

He said a consultant had been hired to seek ways the BVIPA could become a more sustainable entity, and a hike in port fees was among the things recommended.

Additionally, with the III Code audit scheduled to commence late next month, Kettle said, the BVIPA had to be in compliance and revealed that part of the audit is taking into consideration the safety and security of the BVIPA.