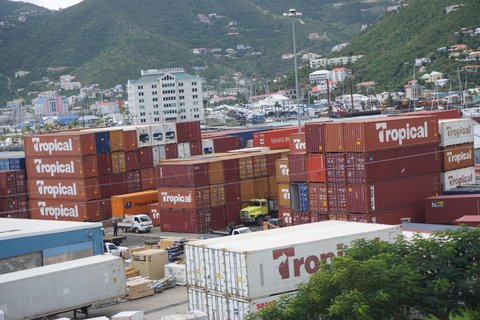 The BVI Ports Authority has decided to move forward with its fee increases but will now do so in a “phased approach” starting this month.

The Authority and had announced drastic fee increases at the start of the year but promised to review the hike after receiving major public backlash.

Following this ‘review’, the BVIPA said in a statement on Thursday that its solution is now to gradually roll out the new fees.

“The general increase in fees has become necessary for the provision of important upgrades to the operations of the ports, which will enhance the efficiency and effectiveness of the ports to deliver on promised services,” it added.

The Authority said the upgrades will be at all the territory’s seaports and is being done to “meet modern standards in facilities and services”.

The BVIPA said it will involve the public in a series of information-sharing and gathering engagements about these upgrades.

Since the fee increases, BVI Chamber of Commerce & Hotel Association has outlined instances where the BVIPA had increased some of the fees by 500 per cent, where fees had jumped from $500 to $2,500.

With such hikes that will affect the importation of all goods into the territory, the main concern raised by business owners is that it would increase the cost of most items in BVI.

This would therefore further raise the cost of living in an already impacted economy battling the effects of COVID-19.