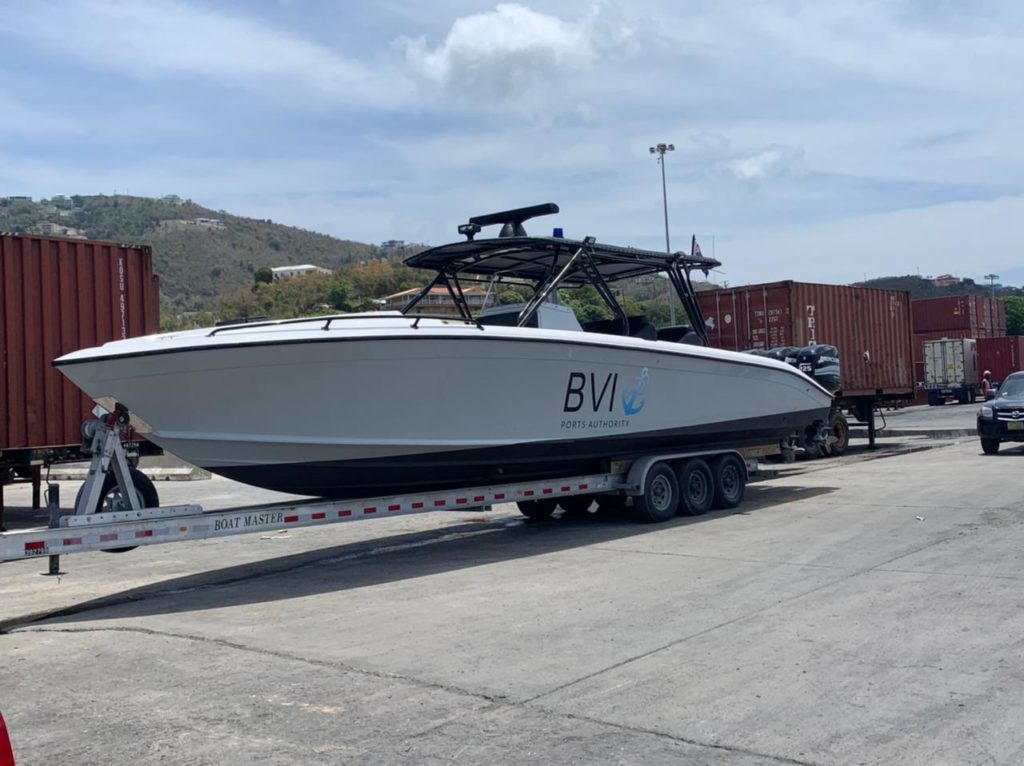 The BVI Ports Authority (BVIPA) has enhanced its patrolling capabilities with the acquisition of a new special operations marine vessel.
The boat, a 38-foot Midnight Express interceptor with a re-enforced hull, was purchased for $230,000.

Among other duties, Premier Andrew Fahie said the vessel is expected to be used for monitoring the BVIPA’s marine devices in addition to assisting with harbour patrols as the BVIPA deems necessary.

The contract to acquire the vessel was awarded to Midnight Marine Holdings Limited after a “full transparent process of evaluation” was completed, the Premier stated.

Two other vendors also reportedly submitted bids as part of the tender process.

Meanwhile, the vessel’s purchase is said to be in keeping with the compliance needs of an international audit the Authority is expected to undergo shortly.

Premier Fahie said part of the requirements needed to be compliant with the upcoming audit was the “efficient and timely patrolling and managing of our officially designated harbour areas and signage”.

He said although the BVIPA has known about the upcoming audit for the last five years, preparation for the audit only began within the last year-and-a-half under his government.

The vessel procured is reportedly designed for military and law enforcement agencies to defend coastlines around the world.

According to a US Customs and Border Protection Fact Sheet, the 39-foot Midnight Express Interceptor vessel is an integral part of Air and Marine Operations (AMO) efforts to combat maritime smuggling.
#Fahie
Add Comment