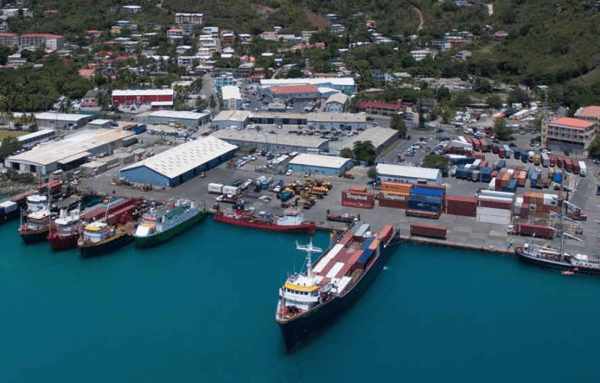 BVIPA without a managing director for nearly 9 months

The BVI Ports Authority (BVIPA) continues to operate without a managing director, despite the absence of Oleanvine Maynard who held that post but has been incarcerated in the US for almost nine months now.
Maynard was serving as the managing director of the BVIPA when she allegedly conspired with former Premier Andrew Fahie to move several kilograms of cocaine through the BVI’s ports and into the US.

Maynard, her son Kareem, and Fahie were arrested and charged and are awaiting trial in the US.

It is unclear why the BVIPA has not replaced Maynard but a perusal of the Authority’s official website shows no picture or name under the section reserved for the managing director. However, the names of other board members and the management team are shown.

“As you all know, we currently have a gap at the top of the organization because we are in an unfortunate position as the managing director is not reporting to work because she is not in the territory. And the board has got to tackle that because we have to have an effective management structure operating to serve the public,” Matthews said.

He did not explain how the BVIPA plans to “tackle” the absence of the managing director but he said the board plans to discuss security issues with the Police Commissioner at its next meeting.

Talking Points host Damion Grange also asked Matthews whether the board will be launching an investigation into the matters which led to Maynard’s arrest. Matthews did not answer the question directly but said persons in the organisation may present their concerns to the board members.

“As a board, we have a responsibility to ensure that we root out any wrongdoing or any suspected corrupt activities. We are open to people talking to us whether independently or as a board. If you do have concerns, please contact us and let us know what that looks like,” Matthews explained.
#Fahie
Add Comment