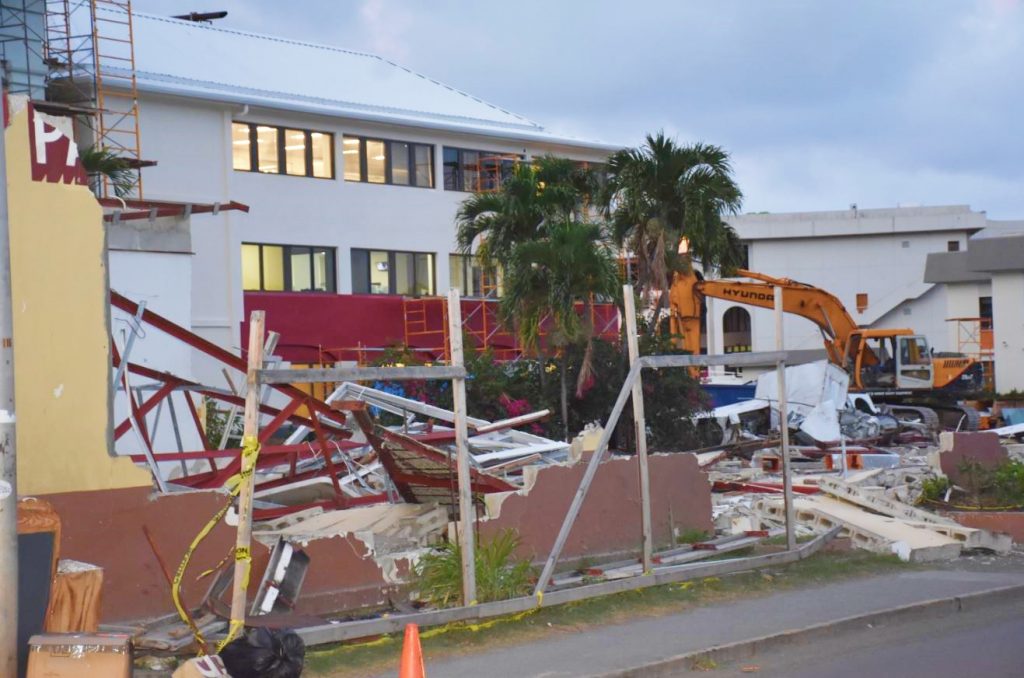 Cabinet has cancelled its decision to award a contract to Meridian Construction Company for the Palm Grove Shopping Centre Redevelopment project.
This decision came from the June 15 Cabinet meeting.

A post-meeting statement published on Thursday stated: “Cabinet decided to rescind the decision to award a contract to Meridian Construction Company for the design, finance and the build of the Palm Grove Shopping Centre Redevelopment from their own funds, subject to their agreement with the Government of the Virgin Islands, with respect to existing leases of the Palm Grove Shopping Centre; and that a new tender process be initiated”.

The executive body has not offered any reasoning behind the recension of the offer or the value of the contract that was awarded to the local construction firm.

The Palm Grove centre was demolished in August 2018 after authorities labelled it unsafe. The hurricanes of 2017 drove tenants out of the building as the old structure was weakened.

The government then decided there would be a public-private partnership with investors to undertake the redevelopment of the shopping centre in Road Town.

It had also decided that only BVI local or a Belonger of the territory would be eligible to be awarded the contract for the shopping centre’s reconstruction.
#the Virgin Islands
Add Comment