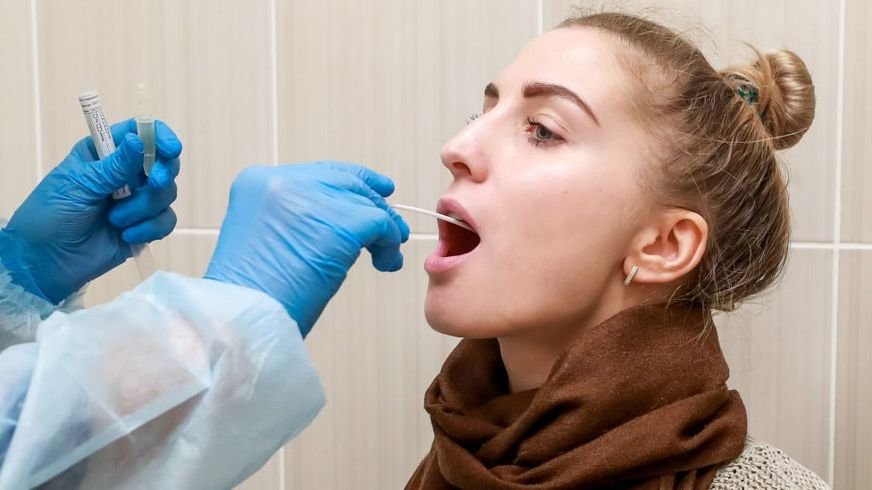 Currently, most people can't. The UK government wants to increase the number of people tested for coronavirus.

Can I get tested for coronavirus?

At the moment, only patients in hospital with flu-like symptoms are being routinely tested for the virus.

However, there have been calls to do more tests, especially for NHS staff and other key workers.

Is a new test being developed?

The government's priority is to increase the number of people being tested to see if they currently have the disease.

The test being used is known as a PCR test. A swab from your throat or nose has to be taken and tested in the lab.

But scientists are also looking at tests which can check whether someone has had the disease in the past. These look for markers of immunity called antibodies in the blood.

They are faster than PCR tests, using a drop of blood on a device a bit like a pregnancy test.

The government said it has bought three-and-a-half million of these tests and plans to make them available "very soon", if they can be proved to work.

However, it will not be available immediately, according to the government's chief medical officer, Prof Chris Whitty.

"I do not think - and I want to be clear - that this is something we'll suddenly be ordering on the internet next week," he said.

Can I buy a private test?

You can, but Public Health England advises against it, as it says there is not yet enough information about them.

"It is not known whether either a positive or negative result is reliable," reads a statement on its website.

A private healthcare clinic in London defended its decision to charge £375 for a test.

Reports suggest other firms have also increased the price of their testing kits.

What is the UK doing?

There are two main reasons for testing people - to diagnose them individually, and to try to understand the spread of the virus. This is called surveillance testing, but is not being done by the UK at present.

Not testing more widely means that many people might be self-isolating for no good reason, including NHS workers. Healthcare staff have also raised concerns that they could be spreading the infection unknowingly.