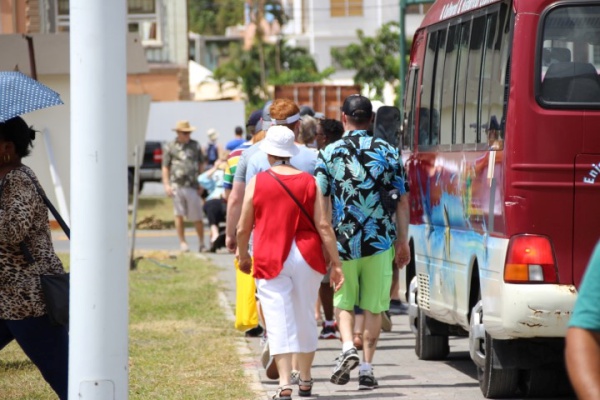 Data received from member countries of the Caribbean Tourism Organization (CTO) reveal that tourist arrivals to the region fell to just more than 11 million in 2020.

BVI is a member of the CTO.

The CTO said this represents a decline of 65.5 per cent when compared to the record 32 million tourist visits in 2019.

According to the CTO, the Caribbean’s average was still better than the world-average decline of 73.9 per cent during the same period.

CTO attributed the decline in the region’s rate to two key factors. One of them was that a significant portion of the Caribbean’s winter season (January to mid-March 2020) saw average levels of tourist arrivals when compared to 2019.

The other reason for the decline is the fact that the main (summer) season in other regions coincided with the period where there was normally very limited international travel.

According to the CTO, a period of virtually no tourism began in mid-March with arrivals down by 97.3 per cent.

But tourists began visiting again in June as the sector began to reopen. Still, the fall-off in stayover arrivals continued through to September – when a gradual reversal began – and continued right up to December.

The organisation said regional tourism bodies and creative initiatives helped to pull in tourist arrivals across the region.

“Initiatives such as the long-stay work programmes, other promotional activities and efforts of regional organisations such as the CTO, the Caribbean Hotel and Tourism Association and the Caribbean Public Health agency, contributed to the gradual rise in arrivals,” the CTO said.

The CTO also said the impact of COVID-19 in 2020 was particularly evident during the period of April to about mid -June when there was no activity in some destinations.

The BVI, particularly, has been experiencing record tourism declines as the territory continues to keep its seaports closed.

Just recently, Chairman of the BVI Marine Association, Andrew Ball confirmed that multiple local charter companies have sailed their boats to “bluer waters” in a bid to stop financial haemorrhaging.