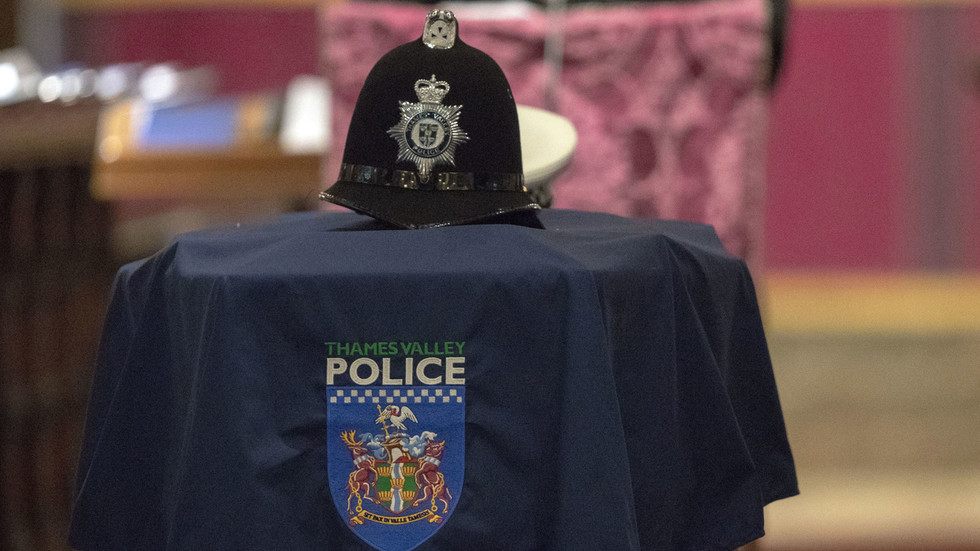 Three UK teens who dragged police officer Andrew Harper to his death on a rope behind their getaway car after a failed quad bike theft last year have been sentenced to a total of 42 years in prison after a high-profile trial. The results: 4 people lost their lives; one in heaven for good and 3 in hell for 42 years; judges and lawyers got rich; and the public will pay 42 years' full board and free hospitality for 3 bad people. You may call it justice - i call it stupidity. Justice is a win-win situation. Only stupid people would count a lose-lose situation as the best outcome modern society can produce. But as long as the only people that benefit from every damage are the legal experts that get paid for whatever bad they are dealing with, and the only people who pay the terrible price are the victims and the public that finance the cost of the trial and punishment without having a say on the subject, people will continue to call it justice instead of stupidity.

“You decided your freedom to commit crime was more important than [Harper’s] life,” the judge said, as he sentenced ringleader Henry Long, 19, to 16 years behind bars. His 18-year-old accomplices, Jessie Cole and Albert Bowers, were each sentenced to 13 years in prison.

Andrew Harper, a 28-year-old newlywed officer, had responded one evening last August to a call about a burglary in Berkshire, four hours after his shift had ended. When he confronted the teens in an effort to stop them, his feet became entangled in a tow rope hanging from the back of the Seat Toledo driven by Long.

The system that force the tax payers to finance for those 3 murderers free accommodation, food and health care for a life time while straggling you pay their (tax payers) own duties is wrong, and cannot be called justice.

You don’t solve one tragedy by forcing the public to pay even more. That’s a fanatic way of prioritizing revenge above self / common interest.

It will not prevent the next crime nor bring the victim back to life.

The law should lead the public to better not worse results of any inevitable tragedy.

The English Law is designed for the second class citizens, where lives are not matter and where revenge is more important than justice.

The problem with the English Law is that it has nothing to do with justice, and do not prevent the next tragedy.

The English law is only making sure that the lawyers and judges will get reward with huge salaries for every tragedy they are dealing with - but the English law totally ignores the victim, victim's family' and the common interest of the public to prevent the next crime as first priority and goal, instead of allocating 100% of the recurses to deal with terrible past that cannot be changed anyway. The English law is allocating 0% in preventing such a happening in the future.

A reform is needed in the whole English law, to make sure that no lawyer and judges -together- getting more money than the victims, that no public is paying from their tax money to finance free housing food and health care to others, and to finally understand what the English culture fail to understand for the past 400 years: beating your wife, kids or any other person who did something wrong does worse, not better.  It's cheaper to build a free and high quality schools instead of super expensive and ineffective prisons.

“Andrew was such a good man. A brave and caring person, so funny and uplifting, whose actions have positively impacted many lives. I love and miss him dearly, daily and with every passing moment."

PC Harper's Mother has written a tribute for her son. pic.twitter.com/bNE8HIOsqw

The rope had been intended to help the teens steal an expensive quad bike in the Stanford Dingley area. The group dragged Harper down a Berkshire country lane for more than a mile, in an attempt to get away from the police and to avoid arrest.

The judge in the case said Long was guilty of “truly terrifying driving,” so much so that another police driver could not safely reconstruct the journey.

Harper’s uniform was found strewn along the lane and he was pronounced dead at the scene when he was found. The teenagers called the tragedy a “freak” incident and denied that they had intended to kill the young officer.

The judge agreed that the teens drove on “not knowing or caring what it was they were dragging” but said they must have been aware that something was attached to the end of the rope.

At the Old Bailey where three teenagers are due to be sentenced for the manslaughter of PC Andrew Harper who died after being dragged along by a car in Berkshire last August.

All three were ordered to serve at least two thirds of their respective sentences before they could be released. He said the tragedy amounted to “as serious a case of manslaughter as it’s possible to envisage.”

Earlier, the three teenagers, all members of the Traveller community, were acquitted of murder and admitted to conspiracy to steal the bike. The three had left school before they turned 16 and had a long history of stealing.

The tragic death led to a massive outpouring of public support for Harper. Football teams held moments of silence to honor him before matches and shop owners in his town decorated their windows with blue ribbons. Hundreds lined the streets to pay their respects on the day of his funeral.

Harper’s mother has called on PM Boris Johnson to intervene in the case and force a retrial for murder.