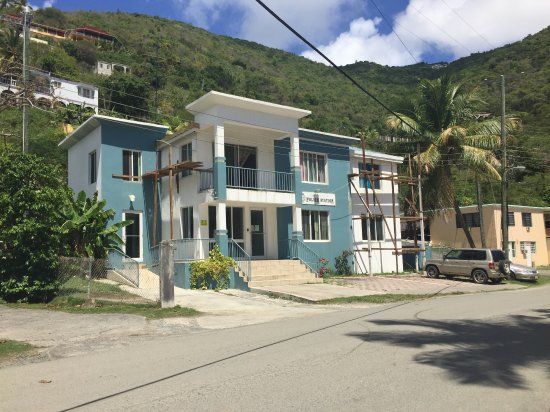 Second District Representative in the Virgin Islands House of Assembly, Hon Melvin M. Turnbull has once again raised the issue of the constant closure of the Cane Garden Bay Police Station, sparking a clash with Commissioner of Police Mark Collins.

This was revealed in the report of the deliberations of the 2022 Standing Finance Committee (SFC) meetings held in the last quarter of 2021.

According to the report, “The Member for the Second District stated that he was elected in 2015 and he would be happy to sit, as he has done with the other two CoP, to find out what the issues are surrounding why the Police Station in Cane Garden Bay is more often closed than open.”

According to Hon Turnbull, the Police Station is not closed due to police officers sleeping in the barracks but closed with no one being there to take reports in the event of incidents.

“In addition, no one can enter the station except when he complains during press conferences or in the HoA. Then the station reopens for a short time,” the report stated.

CoP Collins stated that the West End Station covers Cane Garden Bay Police Station and he will flex resources, as they need to.

However, he said he cannot put two or three officers in Cane Garden Bay every day because he would be taking from Road Town and East End stations, which are busier.

“He cannot afford to do it because he does not have the resources to do it. He is hoping that with the new recruits, he would be able to get some resources,” the report detailed.

In response, according to the report, “The Member for the Second District stated that the CoP is missing something and for him to state that he would give the same answer since 2017 is unacceptable and disrespectful because it is not just Cane Garden Bay; but Brewers Bay, Chalwell, and Meyers etc. His issue is RVIPF is short-staffed because when the station is closed there are persons there sleeping and the Police Station is now referred to as the Cane Garden Bay Hotel by the residents of the district.”

Hon Turnbull further added that Cane Garden Bay is known to have much traffic and is filled with tourists, and it is unacceptable that there is no one at the station to receive any reports.

CoP Collins stated that Honourable Member was correct when he said there are persons sleeping at the station because there are barracks upstairs; however, he revealed that he will look into auxiliary coverage in terms of keeping the Cane Garden Bay station open if possible. 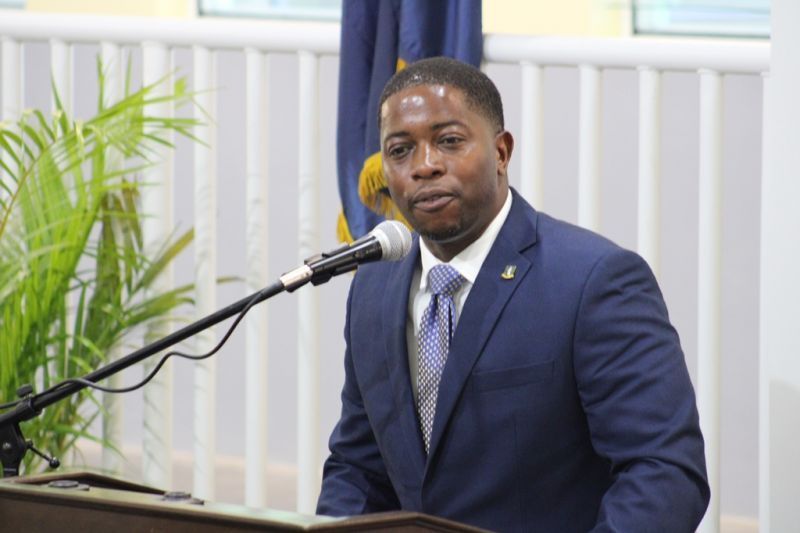 According to the Report of the deliberations of the 2022 Standing Finance Committee (SFC) meetings held in the last quarter of 2021, Hon Melvin M. Turnbull raised the issue of police sleeping in the constantly closed police station. 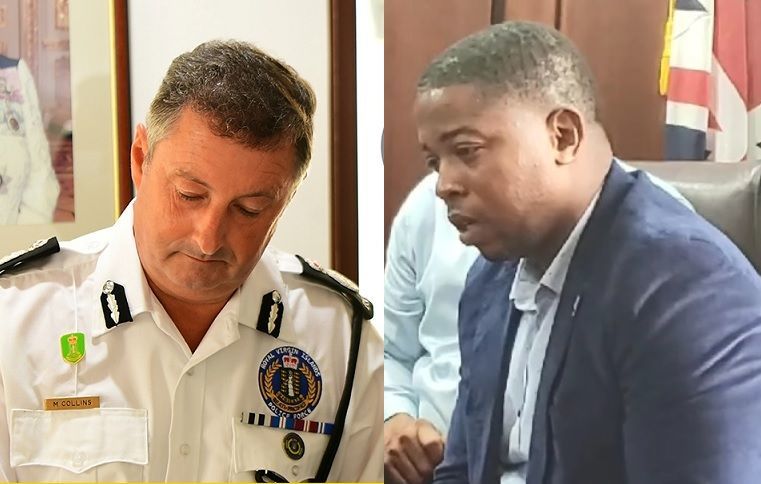 Second District Representative Hon Melvin M. Turnbull, right, was not impressed with the answer given by Commissioner of Police Mark Collins, left, regarding the closure of the Cane Garden Bay Police Station.