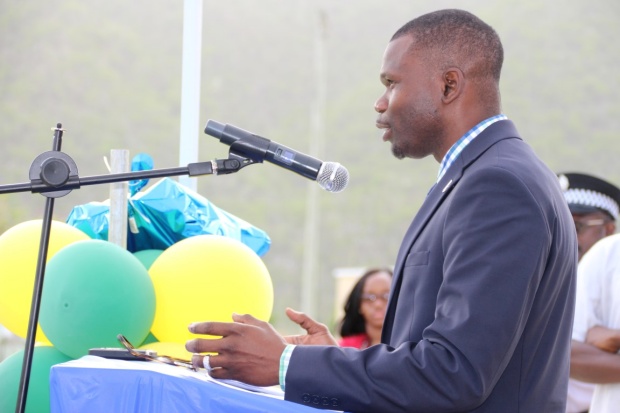 Speaking in the House of Assembly on Thursday, the minister said: “Some remedial measures have been taken to bring some immediate relief. However, a more permanent solution is required, and work on this is in progress.”

“In the meantime, in order to mitigate against any present effects from the current state of the infrastructure, the Ministry of Transportation Works & Utilities and the Water & Sewerage Department have retrofitted the Cane Garden Bay treatment plant, which is currently treating sewage.”

Rymer said his ministry has procured eight lift-stations and have installed four of the pumps to lift the sewerage to the retrofitted plant. The said pumps, he explained, are being placed in deep wells to prevent overflows and to significantly minimize the need for the use of a pump truck.

“I am advised that, to date, this temporary system is working well and when the remaining four pumps are installed over the next week, these will address the remaining areas identified,” Rymer further said.

The ministry is now inviting contractors to bid for the contract to provide a permanent solution to the sewerage issue. Following the conclusion of the tender process, submissions will be evaluated then a recommendation will be forwarded to Cabinet for the selection of a contractor.

Other areas receiving attention too

Meanwhile, the Works Minister said there are other areas also receiving attention.

“Attention is also being given to the Road Town main pump station, which is located next to the O’Neal’s Gas Station by the main roundabout. This facility will be undergoing some structural and infrastructural works to improve its reliability.”

He told the House of Assembly his ministry has developed the scope of works and will be taking the relevant documents through the necessary approval process to get specific specialized equipment in place.

“I expect that works will begin on this asset by the end of the year,” he promised.

“These works will improve the functionality of the pump station. Malfunctions will be significantly reduced and contained, and it will present an esthetically pleasing facility,” Rymer added.
Add Comment