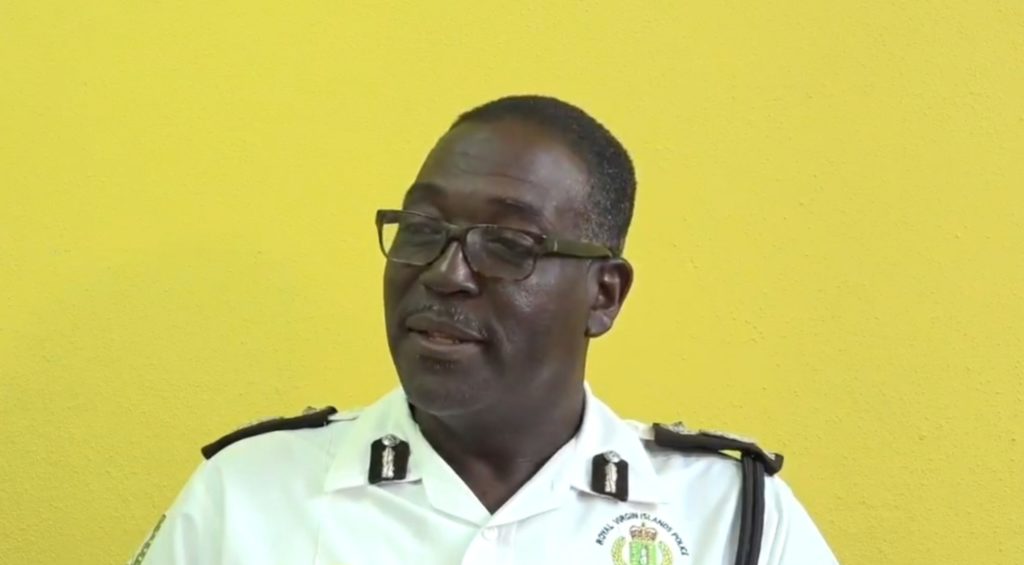 The recent rapid increase of COVID-19 cases and its direct impact on the Royal Virgin Islands Police Force (RVIPF) has created a challenge in keeping some officers motivated.

This is according to the Acting Commissioner of Police, Alwin James, who told BVI News the morale of some officers dropped when members of the force started testing positive for the virus.

“Officers are humans and will have concerns about their safety as individuals as well as that of their families. There is a level of fear in the community about COVID-19 and officers are no exception. Nobody wants to contract this virus,” James stated.

“It is, [therefore], challenging to keep officers motivated given the fear element of the virus,” he noted.

Human resources in the Force impacted

With the Health Minister recently confirming that a number of police officers have tested positive for the virus and their close contacts isolated, James said the strength of the force has been weakened with the unavailability of some of its staff.

“We have positive cases within the force so our human resources are impacted, and we are required daily to take into consideration actions that would keep our staff safe and by extension their families,” he explained.

“We had to isolate and quarantine a significant number of officers. This affected the resources available for frontline duties. There was concern about workspaces, hence the reason for the temporary closure of stations and deep cleaning,” James added.

Measures taken to protect the well-being of officers

The acting commissioner further said the RVIPF has been taking a number of measures to protect the health of all police officers both physically and mentally.

These measures include the provision of personal protective equipment, keeping officers informed regularly, continuously providing updated information on the virus, and testing the entire force to allow for everyone to know their status.

Additionally, the RVIPF has been engaged in discussions with health officials to prevent the spread of the virus and to encourage consistent safe behaviour.

To cope with the mental aspect, provisions have been made to ensure all officers have access to counselling support through the RVIPF counsellor and the Government Employees Assistance Programme).

Greater compliance needed from the public

In the meantime, Acting Commissioner James is urging members of the public to be more compliant with police officers.

He said: “The cooperation of the public is not always at the level desired. Greater compliance is necessary for the safety of all within our communities … As the primary law enforcement agency of the territory, we are charged with enforcing the curfews and restrictions for the control and suppression of the pandemic.”

The BVI has had a total of 66 positive COVID-19 cases with 37 recoveries, 28 active and one death.