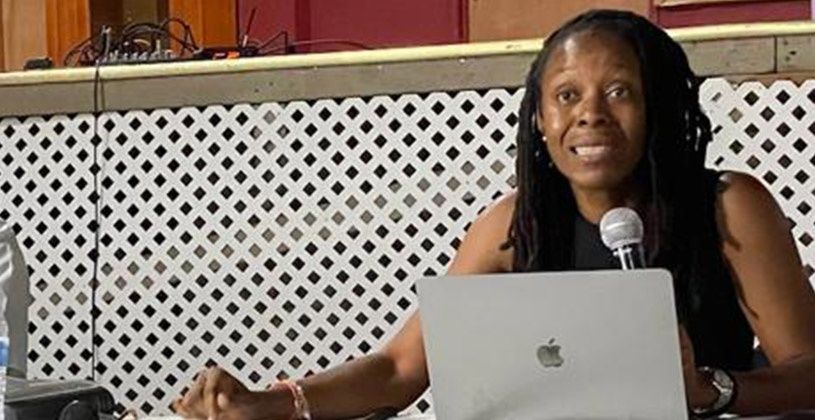 Amberly Crabbe, one of the prominent persons in the “We the People VI” movement, expressed her views on the on the anticipated United Kingdom response on their decision about whether the suspension of the constitution will occur and the way forward for the Virgin Islands.
In an interview with BVI Platinum News, Crabbe revealed that she does not believe that the United Kingdom will release a response regarding the recommendations of the Commission of Inquiry (CoI) any time soon.

She also stated that even with the pressure from regional and local entities to not suspend the constitution, the UK has not been forthcoming with their communication. She explained that this is indicative of a lack of respect by the UK for the people of the Virgin Islands, and their values and positions regarding A1 of the recommendations detailed in the CoI report.

While she believes that the UK has already made a decision about the recommendations, she said that the country will have to wait to see if the UK will follow through with their plans.

She also discussed that while the UK has offered possible solutions to inefficient governmental systems, the report suggests that there is a strong sense of unfamiliarity with Virgin Islands norms and customs.

“You can tell based on the recommendations that there is a lack of understanding about our society, our culture, how we operate and the way we do the things. Though we would agree in some areas that we have issues that need to be addressed, they cannot be done in the way the United Kingdom is suggesting.”

She stated that the “We the People VI” movement intends to organize a series of open dialogues and facilitate community engagement to tackle the necessary changes. She also stated that it was necessary for members of the public to be honest about what good governance means. She encouraged the public to support the government by offering suggestions, although she stated it would be unreasonable to think that the Government would implement all the public’s suggestions.

“We know that change is inevitable. We had started to see the government institute some of those changes, but I think it is important for the people to be a part of the process. We have complained for quite some time about things in the system that we don’t like, and I think this is our opportunity to engage in the dialogue. And while we don’t have a seat with the Government, we are the Government because the people are the Government,” Crabbe told BVI Platinum News.
#Commission of Inquiry  #the Virgin Islands  #CoI
Add Comment