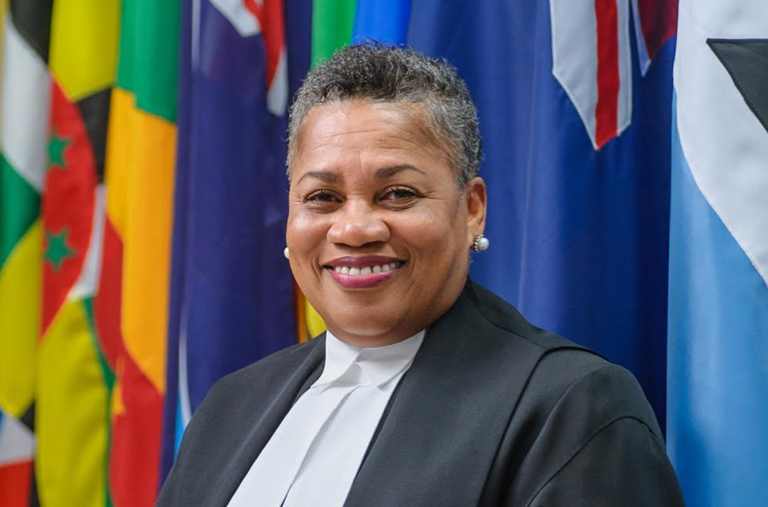 The launch of the e-portal for the territory’s magistracy was held Thursday, November 10 and saw judicial officers of the court, as well as representatives from the government attending.

The first phase of the introduction of the portal for the ECSC began in 2018 and the Virgin Islands is the second territory to have the portal implemented at the level of the magistracy.

The Chief Justice referred to the magistracy as a very critical part of the justice system and said in many cases, it was the ‘first port of call’ in seeking access to justice, through the courts.

“I must confess that I never would have imagined in November of 2018 at the initial launch of the portal in the territory of the Virgin Islands, that it would have been as critical as it has become to the administration of justice, not only in this territory but across the entire OECS,” Justice Pereira stated.

She explained that the territory’s first challenge came with the passage of hurricanes Irma and Maria and expressed gratitude that the GEMS system being used at the time, which is a digital server-based system, was spared the ravages of the hurricanes. “This allowed us to get the commercial court up and running along with the then rudimentary form of e-filing by email,” Justice Pereira said.

Justice Pereira said the September 2017 hurricanes highlighted the need for leveraging technology to ensure that justice could continue to be delivered despite such devastating natural disasters.

“There is now an ease of searching for documents. There is also the ease of retrieval of documents, the reduction in losing or misplacing documents, not to mention the transparency in overall operations of the system,” Justice Pereira added.

She encouraged stakeholders to fully embrace the portal and to become familiar with the rules governing electronic filings in the magistracy.

Justice Pereira emphasised that implementation of the portal does not end at this stage as another six or seven states have to be completed.

“We hope to see the expansion in the types of matters covered to include criminal matters in the high courts and the magistracy. This work is well underway and I assure you that with your support, we will make it happen,” the Chief Justice said.
#the Virgin Islands
Add Comment