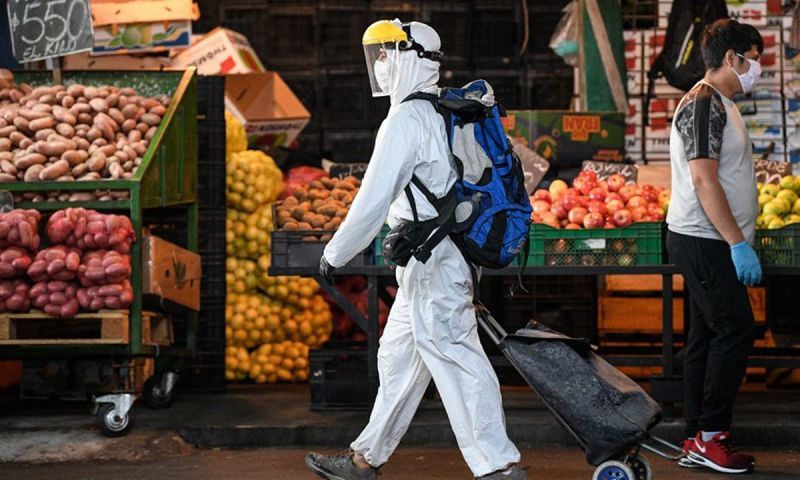 Chilean health authorities said yesterday they would extend a COVID-19 emergency through September to allow the government to impose restrictions, a setback in a country that has one of the highest vaccination rates in the world.
The announcement comes as cases have soared in Chile to some of their highest levels since the pandemic began, despite 61% of citizens receiving at least one vaccine dose and 48% being fully vaccinated.

Authorities last week locked down the capital Santiago – the country’s economic engine – to ease the burden on hospitals, most of which are at or near capacity.

“The health alert that lasts until June 30 will be extended for three months until September 30,” health undersecretary Paula Daza told reporters, noting that many of the country’s youth and young adults – the last groups to be vaccinated – are driving the spike in contagions.

The South American nation is now embarking on vaccinating teenagers, and in May introduced green cards to confer greater freedom on the vaccinated in an attempt to encourage the wary to come forward.

Health officials also announced yesterday that men under the age of 45 who had already received a first dose of the AstraZeneca vaccine should complete their vaccination cycles with a Pfizer shot.

Chile raised the age of men approved to receive the AstraZeneca vaccine from 18 to 45 after a young man developed thrombosis with thrombocytopenia syndrome (TTS) – a rare but serious condition involving blood clots with a low platelet count – seven days after his first AstraZeneca vaccine injection.

“There is a study by CombiVacs (in Spain) that demonstrates the effectiveness of the combination of the two vaccines,” the undersecretary said.
#COVID-19  #vaccine  #Pfizer  #AstraZeneca  #Covid  #Coronavirus  #Vaccines
Add Comment