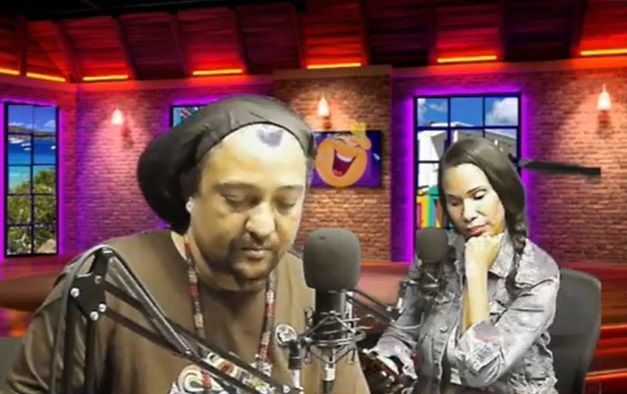 Ms Jones made the announcement in a post yesterday, November 4, 2022, where she stated that the reported lawsuit against the morning radio host will no longer move forward.

“My intention is to always keep my platforms updated on matters surrounding me. Most of you would be familiar with the matter that arose between myself and the Tola Radio platform, and its owner Heritage,” she said. 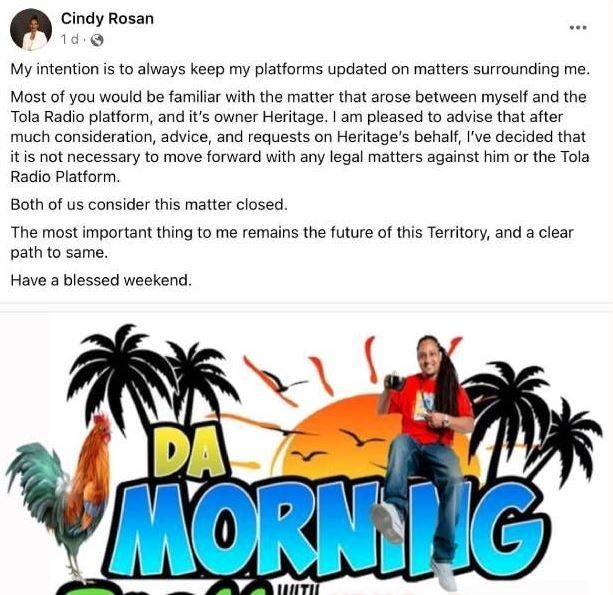 Ms Jones made the announcement in a post yesterday, November 4, 2022, where she states that her intention was to always keep the public updated on the matter between the two.

According to Cindy, “I am pleased to advise that after much consideration, and requests on Heritage’s behalf, I’ve decided that it is not necessary to move forward with any legal matters against him or the Tola Radio Platform.”

Earlier in the year, Ms Rosan, in an extensive Facebook post on Wednesday, July 27, 2022, said she was at serious odds with Mr. Burnett and the Tola Radio show’s Da International Morning Braff, and that Burnett was served with a notice of the lawsuit by a High Court Bailiff.

Rosan in her latest post on the matter has said that moving forward, both parties have now considered the matter closed, "the most important thing to me remains the future of this Territory, and a clear path to same,” she said.