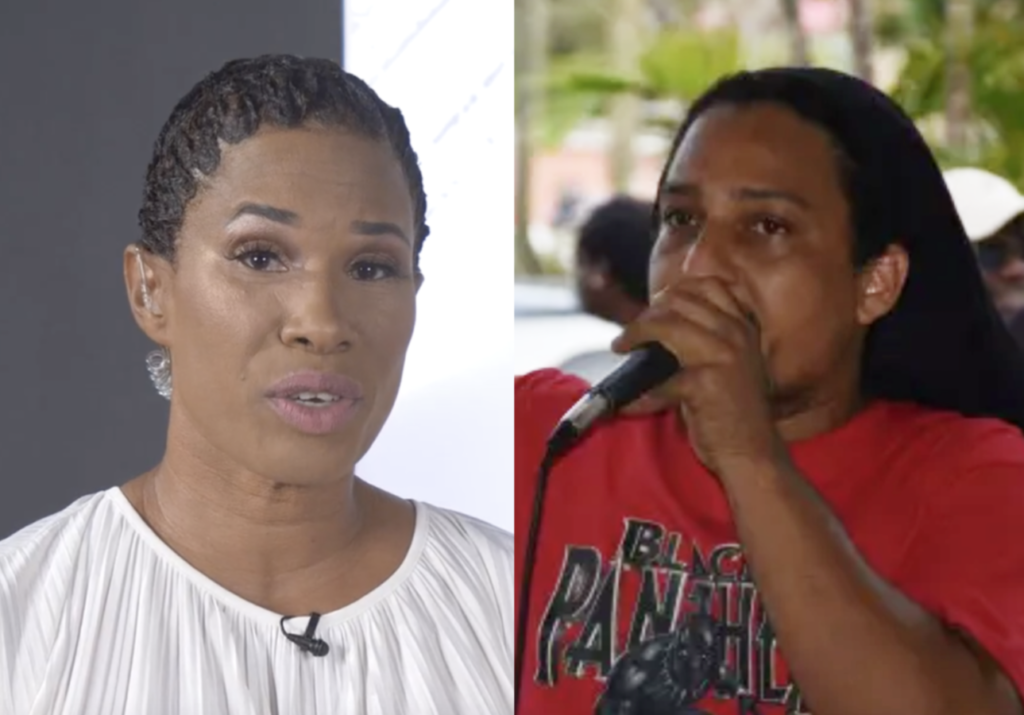 Local media personality Cindy Rosan has reportedly filed a lawsuit against Tola Radio and Floyd ‘Heritage’ Burnett who hosts the broadcast company’s popular programme, Morning Braff.
Rosan, who was employed with the company, made the announcement on her Facebook page on Wednesday, stating that she is suing for slander.

“There are those who seem to think that Heritage should be given constant passes on the way he attacks peoples character, but not me and not this time. I have moved to file a lawsuit in the High Court against Floyd Burnett and Tola Radio for slander, and he has been served with such notice by the bailiff this morning,” said Rosan who credits herself as a major contributor to Heritage’s professional success on Tola Radio.

Rosan said she has been frustrated with the Morning Braff show for a while and was “unhappy with the turn the show has taken”.

And in addition to her slander accusations, Rosan used her post — which comprised more than a thousand words — to describe Burnett as an ingrate, among other things.

She said: “Heritage is nasty, ungrateful and I’m at the point where I will no longer take his nasty verbiage. A decent platform that was built is now used to do the exact thing we are fighting; thus my decision to walk away. What I am grateful for is that based on what has occurred over the past few days, I am encouraged to never return to the show because the truth is, I kept up with his nonsense so I could bring information to you the people.”

Rosan suggested that her relationship with Heritage began to sour because of matters related to the Virgin Islands Festival & Fairs Committee and funding for this year’s emancipation festivities that are still underway.

She suggested that Burnett was displeased that she used her Cut Deep talk show on 284 Media to contradict and undermine his arguments and viewpoints on the matter.

BVI News will bring more information on this developing story as it becomes available.
#the Virgin Islands  #Facebook
Add Comment