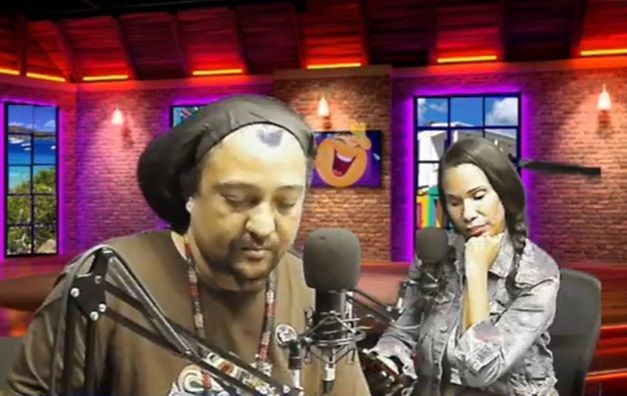 Cindy storms off Tola Radio after being muted by host

Among the topics discussed during the live interview was whether Hon Malone’s company had an ongoing contract at Cane Garden Bay to handle sewage in that community, which Hon Malone stated was not the case, as well as the reasons why the PRC test is sometimes not accurate and can be manipulated.

During the exchange, the Minister accused Mr Burnett of being irresponsible on the radio and urged him to be responsible.

Hon Malone said: “I did not look for and I did not receive any contract for Cane Garden Bay here, there or anywhere, ok? So please stop the narrative.”

Shortly afterward, Mr Burnett turned to Ms Rosan, a regular on the show, stating that there was no data “on earth that prove that the PCR test is the most reliable.”

He continued: “If I interviewing you, and you answer that I could ask you to present that data.”

It was then she replied: “Heritage, every question is a yes or no or will be responded to the way you want people to respond to them. You have to ask a question, allow the person to respond.”

The host then cut her off air, informing her that her “mic is muted.”

She then stormed off the set which was being recorded live and Mr Burnett commented: “Let that be that.”

This is not the first time that the two personalities have clashed.

Notably, they have clashed on the issue of Green VI where Rosan has shown her support and bias for Green VI.

On the other hand, Mr Burnett has been probing whether Green VI, which is labelled as a non-profit company, has or has not been making money for the tons of garbage collected and reportedly exported.

Ms Rosan only days ago announced that she would be contesting the upcoming General Election as an independent candidate.