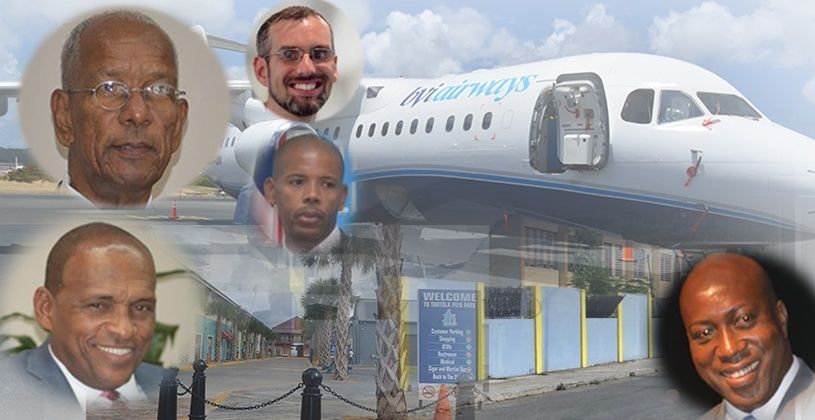 High-profile reports produced by the Auditor General in recent years, including the failed BVI Airways project, are expected to be the focus during next week's sitting of the Commission of Inquiry (CoI) which continues to investigate allegations of Government corruption.
“Next week the COI will focus on the work of the Auditor General and a number of her key reports, and the work of the Complaints Commissioner,” Steven Chandler, Secretary to the CoI, confirmed with BVI Platinum News.

Three former National Democratic Party (NDP) Ministers along with Former Financial Secretary, Neil Smith, are slated to be grilled by the CoI after the Auditor General, Sonia Webster completes her testimony which is slated for Monday, June 28.

Former Premier and Minister of Finance, Hon. Dr. D. Orlando Smith will be the first to testify after Webster and he is expected to testify on Tuesday, June 29 at 10 am

The former FS is also expected to testify on Tuesday at 3:30 pm, while Ryan Geluk, a former Director of BVI Airways will testify at 3:30 pm that same day. The two were named in the AG's report on the failed project which would have seen direct commercial flights between the BVI and Miami. However, there were no commercial flights to Miami as per the agreement despite the NDP Government releasing $7.2M.

The AG report disclosed that funds were released by the Government outside the Cabinet-approved payment schedule.

Hon. Mark Vanterpool, the former Minister of Communications and Works under the NDP administration and who has been criticized for the spending on the Pier Park Project will testify on Wednesday, June 30 at 10 am.

Hon. Vanterpool has faced criticisms for cost overruns associated with the pier project and allegations of procurment breaches. All of this led to the NDP administration hiring a private firm to conduct an audit on the project. However, the opposition at the time, Virgin Islands Party (VIP) discredited the audit as the Government investigating itself, and called for a forensic audit of the entire project which included a pier extension and an adjoining park.

On Wednesday at 2 pm by Myron Walwyn, the former NDP Education and Culture Minister who was forced to defend himself against an audit report on the Elmore Stoutt High School (ESHS). The report formed part of a police investigation which was sent to the Director of Public Proesctions for advice.
#Commission of Inquiry  #CoI
Add Comment