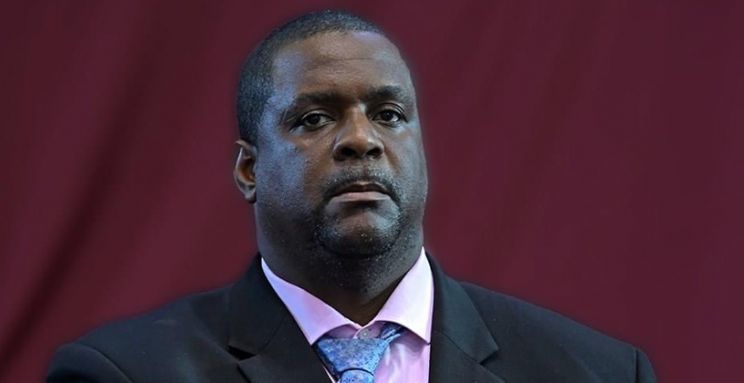 Despite his public calls for the Commission of Inquiry (CoI) hearings to be live-streamed, Premier and Minister, Hon. Andrew Fahie testified privately when he appeared to the Commission on Tuesday, May 18.
After providing his testimony, the Premier appeared at a press conference yesterday, May 20, and repeated calls for the CoI hearings to be live-streamed.

“In respect of all hearings to date (including the hearing on 18 May 2021 at which the Premier gave evidence), the Attorney General on behalf of the Premier and other Ministers etc whom she represents has asked for the hearings to be held in private to ensure that the rights to confidentiality and the Ministers’ privileges, with respect to any documents or information that might be referred to, are maintained. The Commissioner is bound to respect those rights and privileges,” the Commission explained today, May 21.

Further, it was pointed out that Commissioner has, however, required transcripts of these hearings to be made public on the CoI website as soon as the Attorney General has indicated which passages, if any, she considers it necessary to black out (redact) from the transcript, and the Commissioner has ruled on those requested redactions.

“The Commissioner regrets that this procedure, required at the behest of the Ministers, has meant that the hearings cannot be live streamed, and there is an inevitable delay in making transcripts public,” the Commission stated.

On January 19, Premier Fahie had said it is his considered view, and that of his Government, that the CoI should be open to the public and broadcast live, including on the internet, given the international interest that exists in this matter.

The Premier had said that he had so advised former Governor, Augustus Jaspert by letter.

The CoI was issued on January 19, 2021 to look into whether corruption, abuse of office or other serious dishonesty may have taken place amongst public, elected and statutory officials in recent years; and to make appropriate recommendations as to governance and the operation of the law enforcement and justice systems in the BVI.