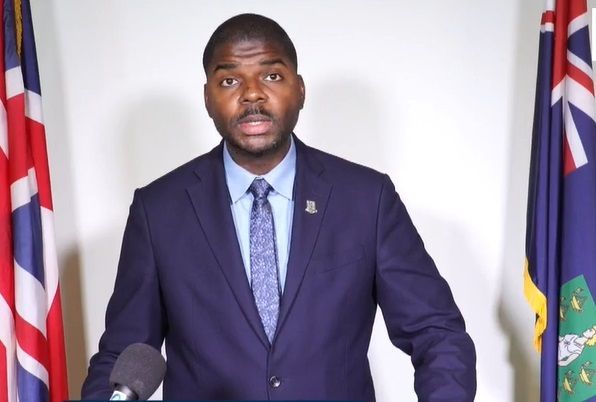 CoI recommendations can be implemented without suspending constitution- Ag Premier

With the concern that the Virgin Islands would be making a retrograde step if its constitution is suspended and the United Kingdom (UK) imposes direct rule, Acting Premier Dr the Honourable Natalio D. Wheatley (R7) says the number of recommendations made in the Commission of Inquiry (CoI) Report aimed at reforming and strengthening the systems of government in the VI could be made without a full UK takeover of governance.

“In My view this can be achieved without the partial or full suspension of the constitution, in which direct rule would apply,” Dr Wheatley said of the CoI recommendations in a press statement today, April 29, 2022.

Governor John J. Rankin, CMG revealed at a press conference this morning that the CoI’s main recommendation is that there be direct rule for an initial period of two years. This means dissolution of the House of Assembly and cessation of Ministerial Government. The Governor would then be in charge of the VI.

But, according to Hon Wheatley, good progress has been made by local government in strengthening the systems of government by passing bills and implementing legislation and other measures by working with the governor.

“There is much to do but the good working relationship between the governor and the ministers of Cabinet is at the heart of the BVI-UK modern partnership in which there can be closer cooperation to achieve the standard that we collectively desire.”

Dr Wheatley said he believes it is in the best interest of the Virgin Islands for an enhanced cooperation mechanism or framework between the governor and the government to swiftly implement recommendations under a very tight timetable, without resorting to direct rule.

“These arrangements can be extended every 12 months until satisfactory progress is made.

We have already had some very good examples of good cooperation of this kind, including the Recovery Development Agency and the Protocol for Effective Financial Management.”

The Acting Premier said he and other political colleagues still fully support the proposal for UK-VI talks on the findings and recommendations of the CoI Report, which the Governor previously announced, including the participation of the political parties represented in the House of Assembly, UK Ministers and the Governor himself.

“This format ensures the democratic representation of the people of the Virgin Islands in dialogue to the UK-BVI response to the Report.”

Further, Dr Wheatley said the goodwill between the VI and the UK should continue to be nurtured and not eroded by the removal of democratic governance which has been enjoyed in these islands since 1950 when the legislature was restored.

Dr Wheatley also said he has spoken with the Minister for Overseas Territories Hon Amanda A. Milling and Governor Rankin and looks forward to discussions on it next week.