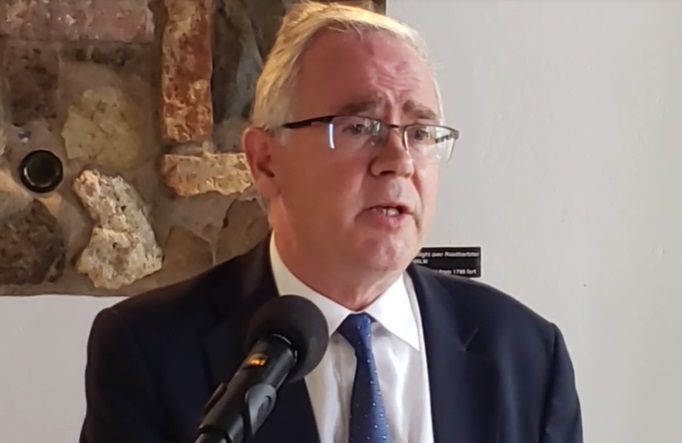 It has just been disclosed that the Commission of Inquiry Report has concluded there may have been instances of corruption by successive governments and has recommended a suspension of the House of Assembly and the Constitution and an imposition of direct rule by the United Kingdom (UK), via the Governor.

This was disclosed by Governor John J. Rankin, CMG during a press conference this morning, April 29, 2022.

Governor Rankin also said the Report will be published today.

The CoI Commissioner made several recommendations, including direct rule; speedy review of the VI Constitution; curtailment of 'open-ended discretionary powers' held by public officials, including Cabinet; and a series of audits, which may lead to criminal investigations.

According to Governor Rankin, Minister for Overseas Territories Hon Amanda A. Milling will travel to the VI next week to hold discussions with government and Members of the House of Assembly on the findings and recommendations of the CoI.

According to the Governor, the Commissioner made 45 specific recommendations on how to address each of the areas of concern that his report identifies but he also made four overarching recommendations.

"First, he has concluded with a particularly heavy heart that unless the most urgent and drastic steps are taken, the current situation with elected officials deliberately ignoring the tenets of good governance will go on indefinitely. He notes that the people of the BVI deserve better and that the UK Government owes them an obligation to protect them from such abuses and assist them to achieve their aspirations for self-government as a modern democratic state. He states that the continuation of the current situation will adversely affect those aspirations and that the only way in which the relevant issues can be addressed is for there to be a temporary partial suspension of the constitution.

"He accordingly recommends dissolution of the House of Assembly and the cessation of Ministerial Government for an initial period of two years. During that period he 12 recommends a Governor-led administration with such assistance as the Governor consider appropriate, for example an Advisory Council to advise him on the formulation of policy and the exercise of his official functions."

According to the Governor, decisions on these recommendations are yet to be made and will be the subject of discussions in the coming days.