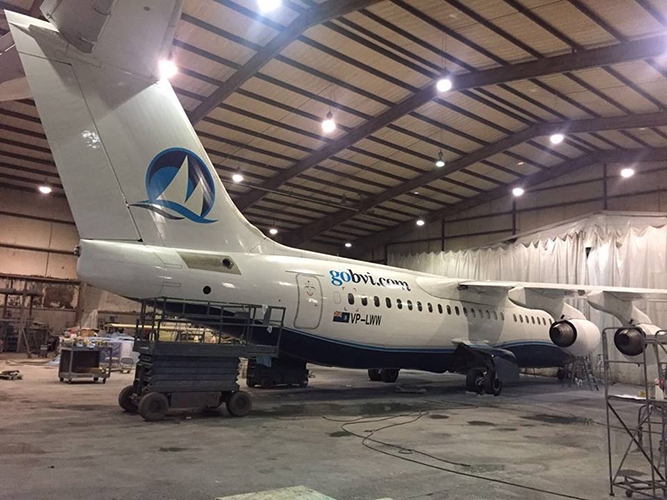 Former Financial Secretary (FS) Neil Smith found himself in a position of apparent conflict of interest in relation to the BVI Airways project, the Commission of Inquiry (COI) report has shown.

The report found this to be one of several noteworthy issues relating to the implementation of the framework agreement associated with the project.

According to the report, the agreement required the then governing National Democratic Party (NDP) to appoint a representative to serve as “special liaison officer“ for the project.

Smith, who was appointed as that officer, had an obligation, on the one hand, to ensure the success of the project but on the other hand, as Financial Secretary, he was the relevant accounting officer with obligations as custodian of the public purse, the report pointed out.

My integrity saw me through

In his evidence before the COI, Smith accepted that this constituted a conflict of interest. However, he told the COI this was “a conflict that Financial Secretaries and Treasury Secretaries around the world deal with all the time”.

Smith, who at one point told Commission that the BVI Airways partners were ‘decent people’, said he managed the apparent conflict through “basic, simple integrity“, and that he was not “wedded personally to the success of the venture“.

Smith also pointed out to the COI that Cabinet (including the Attorney General) “must have been aware of the conflict of interest [but] obviously felt that it was acceptable”.

I didn’t allow my roles to be conflicted

The former Financial Secretary related that it was perhaps his credibility, professionalism, abilities and ethical standards that allowed Cabinet to feel comfortable in giving him the assignment in light of the accepted conflict of interest.

Smith told the COI, “… I am very confused as to the rationale for; and [I] vehemently reject any determination that I allowed my roles to be conflicted. In fact I did not place myself in the conflicting roles but was carrying out duties assigned to me by the Cabinet who must have been fully aware of those conflicts and my abilities to act responsibly even in view of those conflicts”.

The project was brought to an end before BVI Airways ever made any direct commercial flights to Miami but not before the BVI government had paid some $7.2 million of public money over to the airline.

The issue continues to be the subject of litigation with former Premier Dr Orlando Smith expressing that he felt vindicated after the BVI government defeated a $10 million claim made by BVI Airways for alleged breaches of the framework agreement, among other things.