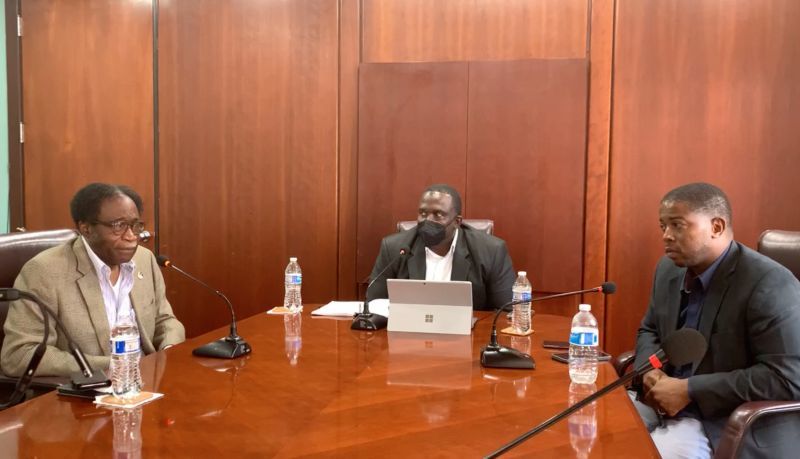 Opposition Leader says Premier should have already had an advance copy. But, was this COI really fully public and transparent? How can the public be aware of secret meetings the members of the COI had with foreign agents, such as John Rankin, Augustus Jaspert and British ministers and officers, as well as traitorous Islander-informants? What instructions, briefings, gossips and tips did they receive over a glass of wine, and out of protocol? And this is what matters, not the anti-democratic staged presentation of an artificial "legal' proceeding.

His comments also come on the heels of reports that Cabinet of the Virgin Islands made a request to the Governor for a copy of the Report but was denied.

Speaking directly on the unreleased Report now with Governor Rankin, Hon Penn said the completed CoI report ought to have been public already.

“I believe the people need to see that Report, it needs to be forthcoming to the people of this territory and as well as the leaders of this country,” he said.

Hon Penn, in a message to the Premier and Governor John J. Rankin, further said if there are any advance discussions on the CoI report, the Opposition expects to be meaningfully engaged and to be a part of the process.

“At least the Leader of Government business should have had an advance report because he is the one that has to bear the brunt of the burden in terms of the discussions, but as Leader of the Opposition we are entitled to be around the table with those discussions,” he said.

Opposition must be consulted on deliberation - Hon Penn

Hon Penn reminded that the three Oppositions members present for the press conference represent three of the biggest districts and the entire territory.

“The people are asking, the people need access to that information just like they had access to all the deliberations that happened over a 15-month period with this particular investigation of the CoI,” he said.

Meanwhile, Hon Fraser said the VI has placed itself in that position regarding the unreleased CoI Report given the constitution has empowered the Governor like a ‘King’ to determine when and how the information will be released.

Governor may be withholding report from Premier - Hon Fraser

Hon Fraser said given the previous public disagreements with Ex-Governor Augustus J.U. Jaspert and Premier Fahie, Governor Rankin may be withholding the Report out of fear that the Premier may release it.

“The Premier might hold it against but I don’t know… so I don’t know who to blame,” Hon Fraser added. He said, however, that the VI needs to blame itself for having a Governor in the territory in the first place.

“So let him [Governor] do what he wants to do… it’s been on your foot, but you will be talking about it because it’s a CoI Report,” Hon Fraser said.

“We need to be talking about the Governor for everything, not just that and from a long time ago,” he said while underscoring that he is ready to move on together with the people.