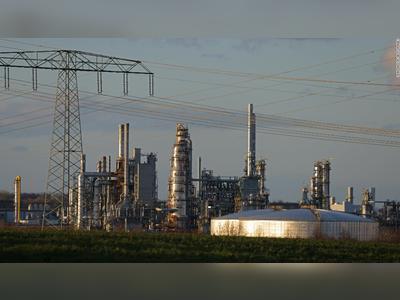 Oh ya 112 days ago
Well when Europe learns to stop being a puppet for the US things might get back close to what they were before. Germany was a partner on nor stream 2 and Russia was waiting for approval from Germany to start pumping gas. But the square heads started sucking american dick and now get to pay the price. The world needs to realize the USA is a failing nation and will pull every country they can down with them. With cutting of Russia from the SWIFT system they have shot themselves in the head as we can now see countries bypassing the USD . The end of the petro dollar thus the world reserve currency is happening before your eyes. Saudi is makingvpayment deals in other currencies and the other oil pumping countries will follow suit so they can sell their oil also. Most Americans have no idea of the amount of inflation that they are about to experience when those USD are sent back tobthe states. More money in circulation chasing the same amount of products is what inflation is
Beautiful Virgin Islands
Advertise with 284media
Advertise with VINO
Advertise with BVINews
Advertise with Virgin Islands Daily News
Add Your News
0:00
×