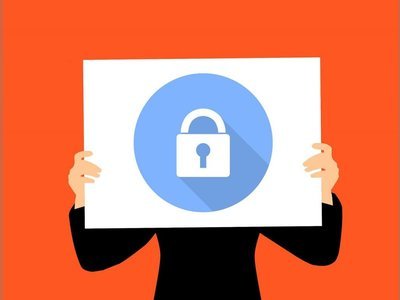 samir sardana 114 days ago
The Indians excoriate the Pakistanis, for terror, at the FATF. They claim that the Pakistanis allow money laundering for certain “so called terror groups”.

However the Indian state is,per se, the largest money laundering operation ever.But that is not within the scope of the FATF – except for Iran’s activities with Hezb

I present the largest money laundering operation in the world sponsored by a state -The Hindoo Notebandi- also called Demonetisation – The greatest loot ever.

The Demo Scam – which no Indian Newspaper reported – as they were all paid off by the Indian state –.dindooohindoo

It is the disaster of the Brain of Narendra Modi !

• Party B (Stage 1 Converter) has Rs 65 lacs of New Cash – which is given to Party A in lieu of the Old Cash of Rs 1 crores which is then given to Party C to X as under:
o Party C to X (Stage 2 Converter) are legal entities who trade in Nil VAT/ST products (or under Exemptions and /or Compounding) and are POS Retailers who then , make manual or backdated E-Bills for fictitious sales of items to unknown individuals and deposit the new cash into the bank
o Party C to X deposit the cash in banks whose books are open for 30-45 days before the date of announcement of the Demo or whose IT systems allow backdating of E- Bank Statements (within the period of reporting to the RBI and other Regulators)

• Party Z then taps Party A to convert the New cash Received of Rs 70 lacs into a capital entry to clean the cash at a rate of , say 15%, wiring Rs 59 Lacs to Party A, as a capital receipt etc, and taking the Rs 70 lacs of new cash from Party A

• Party Z which is basically front for Party B – hands the cash to Party B, after charing the custodial, logistics and security charges

• Party B then resumes the same chain as in Step 2 above, wherein the rate of the conversion, id.est., 30% keeps rising as the DEMO deadline appears

• Party A can convert the Rs 50 lacs into cash – new and old – at a premium, at any time that it is required

• Since converters had the new cash within a day and as per news reports , even before the announcement of Demo, they have to be part of the establishment
o If the converters had withdrawn the new notes from the bank, the banks would have tipped off the DRI/ED etc and possibly reported to the RBI – in which case they would be raided (but were not) or they would have to explain why large amounts of cash were withdrawn (for labour wages – although wages are not paid in Rs 2000 notes , agri payments etc) and on specific dates and how/why the banks were satisfied about the same
o Hence, if the converters got the new cash o/s the Banking system – that is fraud and PROOF THAT THE CONVERTERS ARE PART OF THE ESTABLISHMENT
o If the converters got the new cash from the banks – it is proof of collusion and fraud by the bankers, as past patterns of withdrawal by bank customers (for labour, wages, agri payments etc), would not support the new notes withdrawal

• Since Party C to X, who would have reported drastic increase in cash sales and deposit of cash into the bank , would not be able to support the same by PAST PATTERNS OF RAW MATERIAL PURCHASES AND TRADING PURCHASES AND SUCH LARGE AMOUNTS OF PURCHASES OF RAW MATERIALS IN CASH – COULD NOT HAVE BEEN JUSTIFIED BY PARTY C TO X , W/O THE SUPPORT OF THE ESTABLISHMENT

• No cash was recovered from the “converters/entry operators (Party B and Party C to X, as stated above)”, who are obviously part of the establishment – which is unusual , as the operators would be having the new currency which o Is either kept in a house/safe or o Stocked in the bank (which would have tipped off the DRI/ED etc or o Transferred the cash around in new stocking points and neither of the 2 above points can happen w/o the support of the establishment

• Since the GDP is still growing on the “computation mode of GDP on expenditure mode”, and there is “no shortage of notes” of less than Rs 100,it would mean that the Industrial agglomerations typified by the SSI and the Cash sector,have been “able to convert the bank deposits”, back into cash – “obviating the purpose” of the notebandi (Rs 100 is assumed,as the wages are paid in that denomination
British Virgin Islands
Advertise with 284media
Advertise with VINO
Advertise with BVINews
Add Your News
×