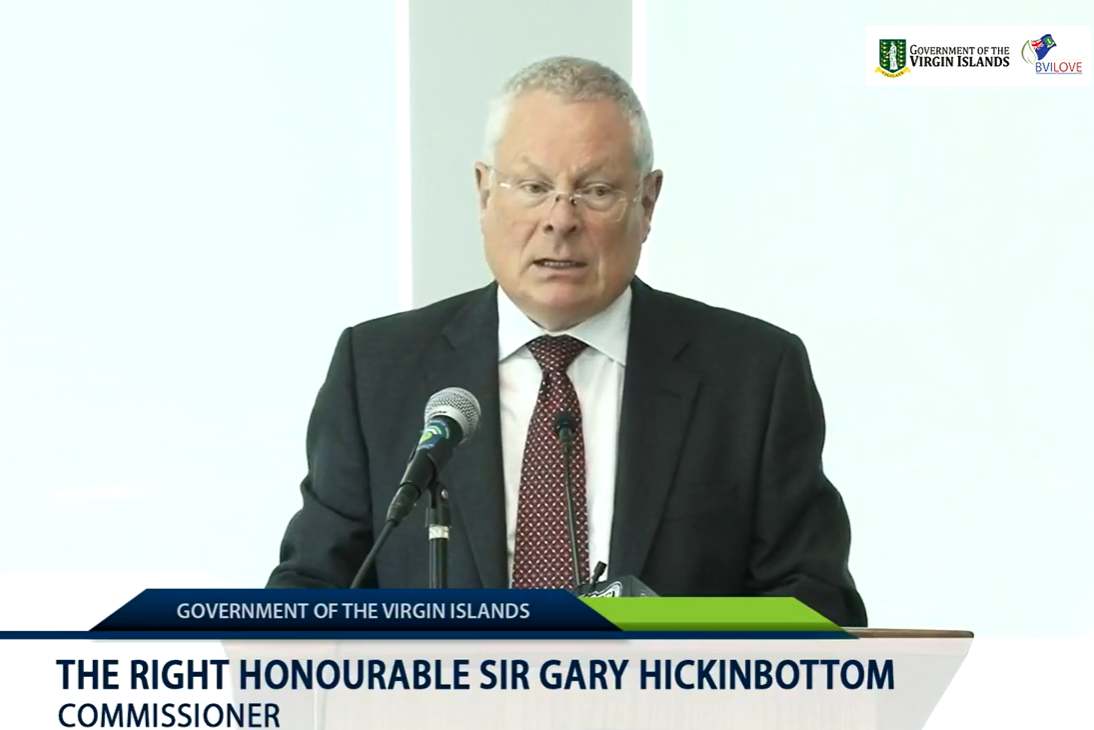 The Commissioner of Inquiry Gary Hickinbottom has claimed that he has the authority to summon the production of information and documents from Government or anyone who refuse to volunteer same, during the inquiry. The COI has no authority to do nothing in the a BVI, as no one from the democratically elected BVI government authorized this self-declared COI to act as an official investigator. This COI has been appointed by a Governor, after his post has been expired, and without any approval of the democratically elected government.

This is 2021, not 1860. No act of colonialism has any legal validity against democratically elected government, by an appointed, not elected, foreign ruler.

The COI has been established violating the international law as well as the English law.

Everyone who WANT to cooperate with Mr. Gary Hickinbottom should feel free and welcome to do so. It’s a free people’s territory and everyone has the right to gossip.

However, nobody HAVE TO to gossip with Mr. Hickinbottom or to do anything that they believe is wrong, illegal and immoral.  As It’s a free people’s territory!

This was captured in a statement published today by the falls COI’S office.

The Commission of Inquiry (“the Commission”) was announced on 18 January 2021 to look into whether corruption, abuse of office or other serious dishonesty may have taken place amongst public, elected and statutory officials in recent years. Sir Gary Hickinbottom is the sole Commissioner.

Following on from the Commissioner’s visit to the BVI in January/February and the information submitted to the Commission to date, the Commissioner and his team have started the second stage of the Inquiry. This involves obtaining further information and documentation predominantly from public officials, including elected and statutory officials.

The Commissioner has the powers of a High Court Judge to require production of information and documents by way of summons. However, given that the BVI Government has indicated that it will fully and promptly cooperate with any requests for information/documents, the Commissioner is initially making requests for voluntary disclosure. The Commission will continue to make these requests over the coming weeks to enable it to fulfil its Terms of Reference.

In the meantime, the Commission renews its open invitation to anyone who believes they have information that may assist the Inquiry, who has not yet submitted it to the Commission, to submit that information as soon as possible via the secure website portal (www.bvi.public-inquiry.uk).

As well as the website portal, the Commission has provided a number of different and secure ways for individuals to share information with the Inquiry Team, including a dedicated email address (contactcoi@bvi.public-inquiry.uk), a WhatsApp phone number for messages or
audio/video calls (+44 (0)7832 111254), and a UK postal address (The Secretary, BVI Commission of Inquiry, Room RB 1.11, 22 Whitehall, London SW1A2EG).

Please be assured that all information will be received and held in strict confidence.