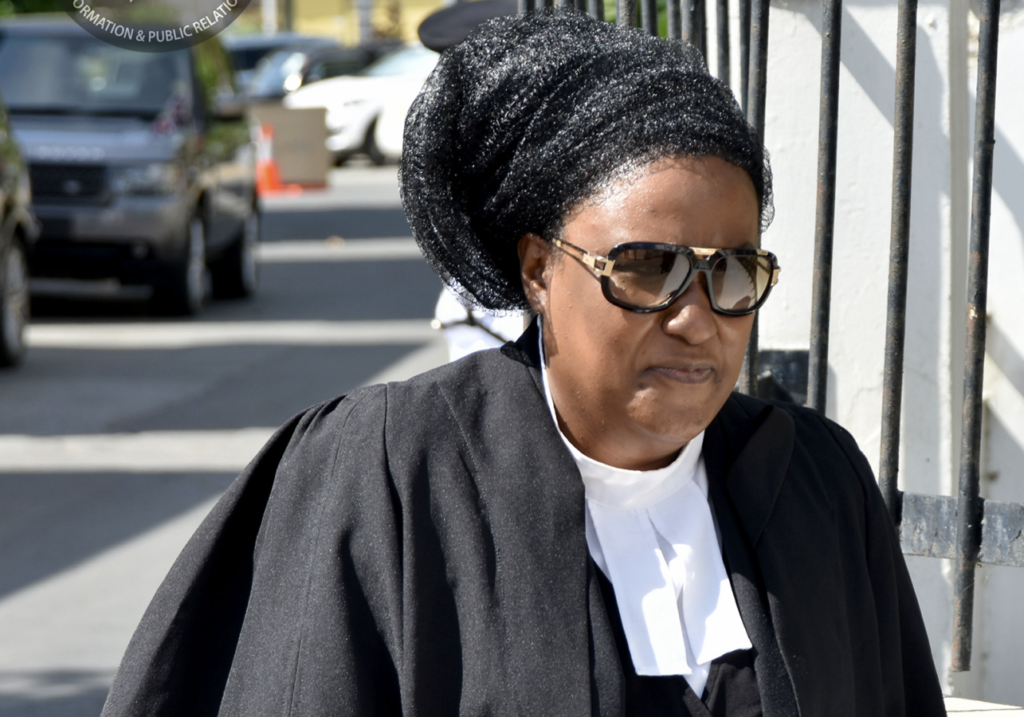 Complaints Commissioner, Erica Smith-Penn levelled a startling claim of impropriety against Sir Gary Hickinbottom during yesterday’s hearing of the Commission of Inquiry (COI).

During the hearing, Smith-Penn told Sir Gary, the sole Commissioner of the Inquiry, she was concerned about the independence and impartiality of the COI, given that it was her understanding that Sir Gary first arrived in the BVI on the same flight as the former governor, Augustus Jaspert.

Smith-Penn then put on record that she intends to raise her concerns with the current Governor and Deputy Governor since she felt her concerns were of “critical national importance”.

“In my training, insofar as independence, insofar as impartiality laws, I am concerned as the [Complaints] Commissioner, that when you, Commissioner [Sir Gary], arrived in the territory, you arrived with the governor who was responsible for the Commissioner of Inquiry,” she told the COI.

“And as regards the rules …” Smith-Penn began before being interrupted.

Sir Gary told the Complaints Commissioner her arguments were simply not appropriate at the time and said he had made this clear to her prior.

Please write to us

Earlier, Smith-Penn repeatedly attempted to make legal submissions to the COI orally. But, Sir Gary repeatedly advised her to desist from doing so because, unlike parties such as the government, she was not a recognised ‘participant’ of the COI. The COI boss further explained to Smith Penn that she must first apply to become a participant of the COI. And if granted, she will be able to make legal submissions at hearings.

He subsequently asked the Complaints Commission to make her submissions in writing but Smith-Penn proceeded to make oral arguments anyway.

The Complaints Commissioner said her office had very limited resources and, as such, was not able to make submissions in the way the COI wanted. She further told the COI that she felt it was a simple matter that was being brought to the attention of the Commission.

Sir Gary explained that the legal submissions would be helpful if presented in writing along with the legal basis underpinning them.

“If you wish to make further submissions on this point … then please write to me and we will ensure that any voice that should be heard, is heard. But now is not the time and this is not the form that is helpful to me,” Sir Gary insisted.

And after stating that she wanted to put something else on the record, Smith-Penn was advised that she could not do so unless whatever she had to say would be helpful to the COI and was not a ‘legal submission’.

The Complaints Commissioner insisted that she felt that writing to the COI would not “give the fairness that is required”. Sir Gary replied that he was the judge of the proceedings and it was his job to make any determination on fairness.