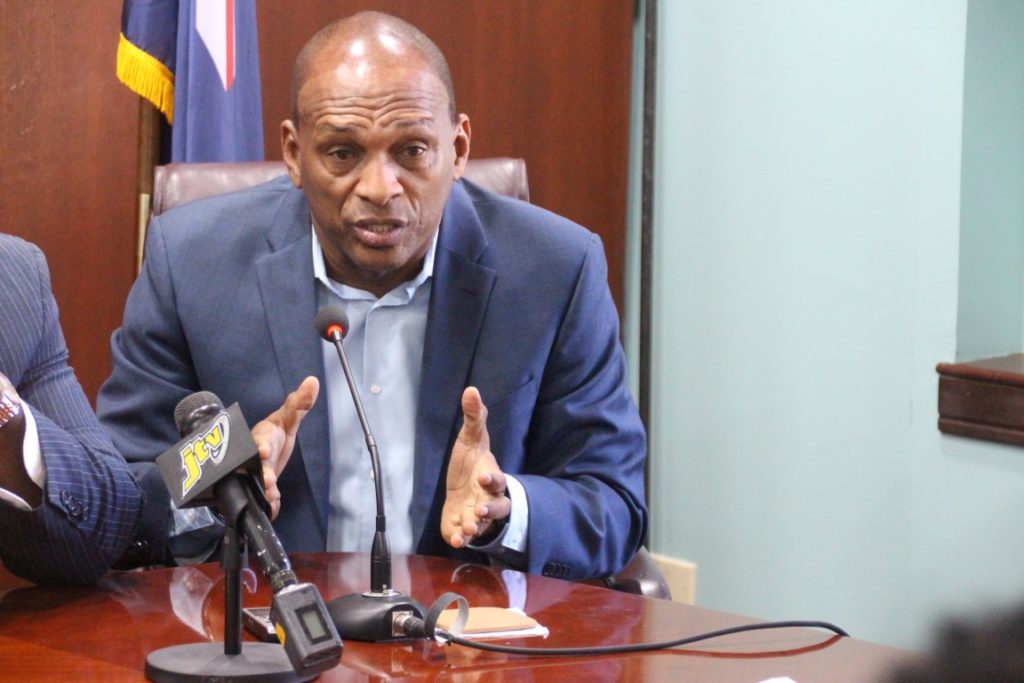 No need to fully evacuate admin complex for repairs, why is it taking 5 years?

Members of Her Majesty’s Loyal Opposition are questioning the recent contract -that will cost taxpayers approximately $1.2 million -for government take a lease out on office spaces at the Cutlass Tower in Road Town.

The lease, which is one of several being done, is to facilitate the temporary relocation of all government offices from the Ralph T O’Neal Administration Building so the said building can undergo rehabilitation works.

However, Opposition legislator and former Works Minister Mark Vanterpool said that the decision to vacate the building completely should have never been made.

With administration building comprising three separate wings (east, west, central), Vanterpool argued that repairs to the complex could have been done in stages.

“As I knew it in the plans before, the repairs of the complex were going to be designed to repair one wing at a time so the rest of the tenants in the complex wouldn’t have to move,” Vanterpool stated.

“It is big enough that works can happen on the west wing for example – which is mostly unoccupied as BVI Health Services was there before – and fix that wing and then move to the east wing and then the central wing,” he further explained.

He argued that it would have saved taxpayers hundreds of thousands of dollars if the government took the approach to repair the complex a wing at a time.

No need for full evacuation

The former Works Minister further said he will have to seek an explanation from the developer on why the ‘drastic’ action of fully evacuating the building was taken.

“There is no need in terms of anyone who has any construction and developmental knowledge for a complex of that size to have to move out all of the tenants one time to go and pay huge sums somewhere else to rent for the next five years to cost taxpayers money. For what reason?” Vanterpool questioned.

Length of lease too long

In the meantime, Opposition Leader Marlon Penn also voiced his concern regarding the lease.

“The process should have been shorter, I believe. If the complex is going to be built within a year or two years, why a five-year lease? Only the government can answer that question,” Penn added.
Add Comment