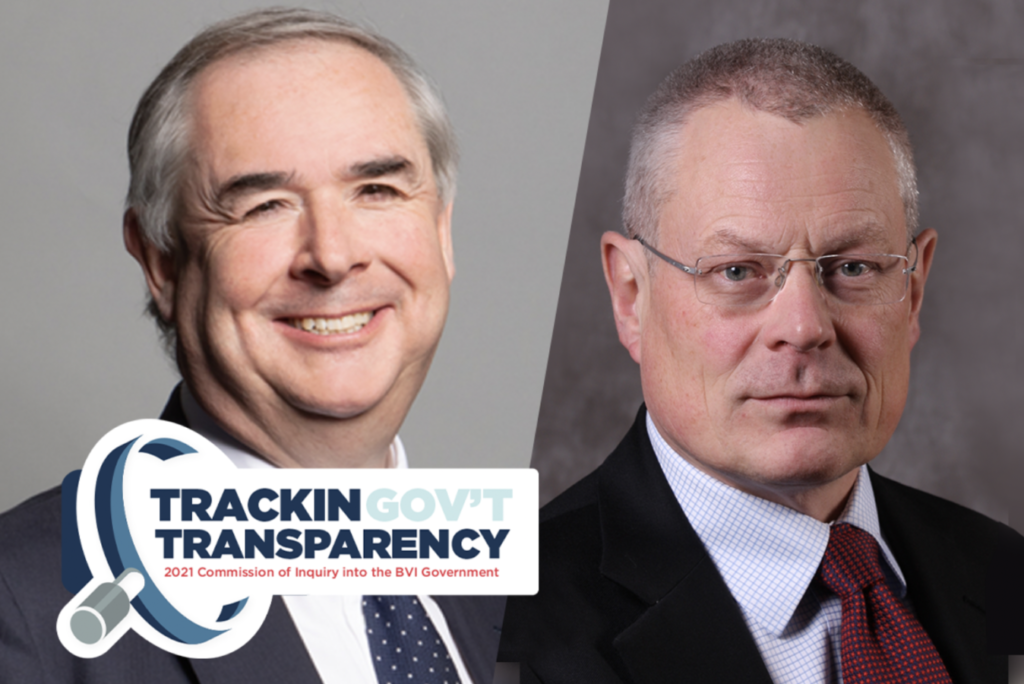 Sir Geoffrey Cox, QC - the attorney representing the BVI government in the ongoing Commission of Inquiry (COI) - has raised concerns about what he described as a perceived lack of confidence that is held in the COI by some members of the public.

Addressing the Commission recently, Sir Geoffrey said, what is really important is “local public confidence in the fairness, balance, and independence of the Inquiry”.

Sir Geoffrey further said that transparency was a critical element of the inquiry as well; not just for those who are directly affected, but also those who might be emotionally affected.

Continuing on his point, Sir Geoffrey said if the COI were “to enable them (the public servants) to understand something about the way in which they will be able to have a voice” in the Inquiry, this would likely enhance its level of public confidence.

The attorney also voiced his concerns about perceptions in some quarters that the COI is situated in the BVI in a manner “almost like the descent from on-high of a group looking into them in every aspect without fully understanding the situation in the territory”.

He further pointed out that the staff, server, and offices of the COI are all in a foreign jurisdiction. Added to this, the Foreign Office which is the joint data controller for information emanating from the COI, is resident in the United Kingdom.

“This is not an attack … I’m sorry, but these are realities which your Inquiry needs to be sensitive to,” Sir Geoffrey told the COI.

The attorney added that the matters were all drawn to his attention. “And I think it’s important that you should understand that, in parts of this island community, these things are being noted,” he added for emphasis.

Meanwhile, the sole Commissioner presiding over the Inquiry, Sir Gary Hickinbottom countered the attorney’s statement and insisted that persons in the territory have genuine concerns over the security of the information they would wish to submit to the COI because they fear discrimination, possibly at an official level.

Sir Gary said this is why it was insisted that the database being held was “absolutely secure, and on any information that we’re given being absolutely secure and untraceable back to its source where the giver of the information wishes that to be so because, otherwise, these people would not come forward.”