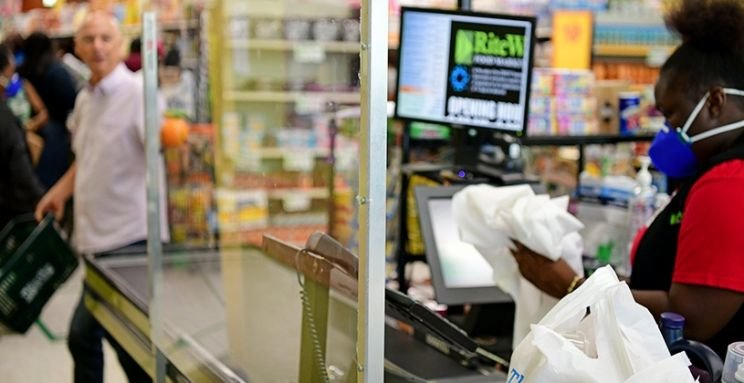 The long awaited Consumer Protection Bill could have been in place following hurricane Irma in 2017.
According to Premier and Finance Minister, Hon. Andrew Fahie, the then National Democratic Party (NDP) administration deliberately left it to lag behind because of conflict of interest.

"If the people were put in front of personal agendas then this would have already been in place. And let me state clearly it could have been in place since Irma because it was ready from back then it was being discussed, worked on and in 2018 it basically ramp up some more," he charged.

The Premier said that his government did some more work including public meetings and adding an appendix to address the issue of price gouging during disasters and pandemics.

"Yes we did a lot of work since then, but the same way we have come now and said let us put an appendix on to it, a legal way during disasters or pandemic to put in the price gouging, that could have been done then. Nothing legally was stopping it to be done then, except the will to protect the people," the Premier said.

The Finance Minister added, "this Bill was in discussion for 30 years and never was able to move too far, some work done before, but it wasn't able to move too far because of how certain persons were concerned how it would affect their business when they were in the political realm."

Some of the sitting Ministers of government under the former NDP administration were businessmen.

Premier Fahie did not hesitate to thank Hon. Marlon Penn, Opposition Leader, who served as Junior Minister for Trade and Investment under the NDP. He said that Hon. Penn did a lot to push for the bill but his colleagues from all indications did not back him.

"We give him credit but we also know that it was worked on by the past administration for a quite a while but it never came forward. We knew too that a lot of reasons why, one of the main reasons was conflict of interest, stopping the member (Hon.Penn) from bringing forward the bill. But now that has taken care of itself after the February (election)," he said.

Premier Fahie continued, "We can now put the people's interest in front and bring forward the bill and that's why the Leader of the Opposition could have got up so briskly and second it because he knew that finally now his labour would not go in vain. I also want to thank all the other Junior Ministers who worked on it."

The Territory's leader said the public meetings held on the bill were tough but they were able to present a bill that is balanced where both the businesses and consumers will be protected respectively.

He explained that the appendix which will address price gouging and hoarding among other areas had to be added until the substantial bill comes before the House of Assembly.

"We put in an appendix in this Consumer Protection (Bill) that allows during times of disasters, during times of pandemic, like COVID-19, unforeseen times, that when people are most vulnerable some business owners take advantage of that time and take advantage of persons and just carry up their prices without justification or solid foundation," he outlined.
#COVID  #COVID-19
Add Comment