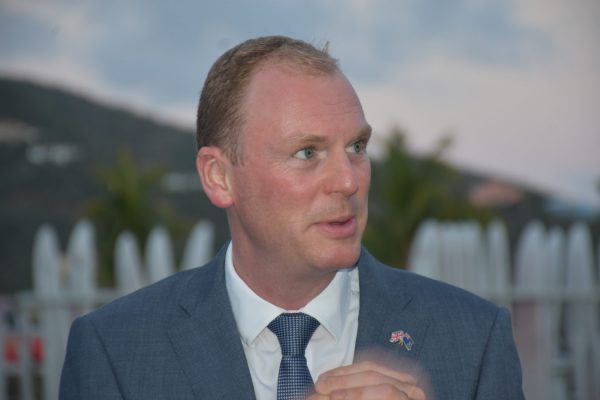 Considerations being made to acquire new shelters as 2020 season looms

With the 2020 Atlantic Hurricane Season set to commence in the next seven days, Governor Augustus Jaspert has said the government is considering to acquire new emergency shelter facilities.

Governor Jaspert gave that indication while responding to questions during a press briefing on Thursday, May 21.

He was asked if government may designate new shelters this season since the territory has not been operating with its full complement of emergency shelters since the 2017 hurricanes.

“Yes, that is part of the consideration,” the Governor replied. “It’s being worked through now to look at our shelter capacity across all of the islands as well to map out the capacity that would be different under a COVID-19 scenario, to make adaptations where we can, including things like hygiene and washing facilities.”


Governor Jaspert said the Ministry of Health, and the Department of Disaster Management (DDM) have been working together to assess the needs of hurricane shelters.

He said the annual readiness assessment conducted before the start of each hurricane season is in the process of being completed by the DDM.

“Essentially, we check off each of our key parts of response, so each of the major frontline response agencies — are they ready? We look at our communication systems, we have all of our sirens rebuilt across the territory already, our contingency supplies and stocks put out,” the governor explained.


Meanwhile, Governor Jaspert also said the United Kingdom has been working with the territory to ensure that emergency response plans are in place should the BVI’s need for any assistance arises.

“We are also linking up with the United Kingdom who have put extra resources into the region this year, I’ve mentioned those RFA Argus which is the naval ship, there is also another ship called HMS Medway, it includes helicopters as well,” he said.

The governor, in the meantime, has warned residents that while the government will do what it has to, the primary responsibility rests with every member of the public to get themselves and thier businesses ready.