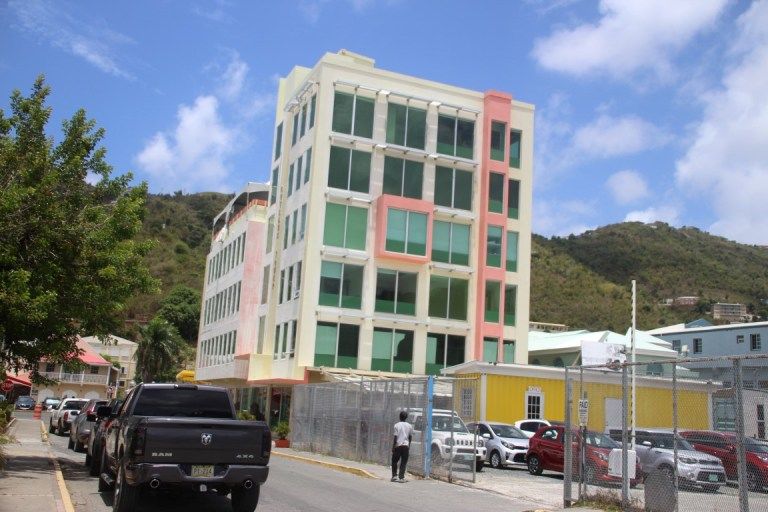 The government has sought to allay suspicions in some sections of the community that Governor John Rankin is preparing to set up offices close to the Premier’s Office at the Cutlass Tower in Road Town.
The Premier’s Office is located on the second floor of Cutlass Tower and there are concerns that new office spaces are being prepared on the first floor to house staff of the Governor.

At a press conference last week, Premier Dr Natalio Wheatley was asked to confirm whether the offices were to be occupied by the Governor in a bid to facilitate the suspension of the territory’s constitution.

The Premier directed the question to his Permanent Secretary Carolyn Stoutt-Igwe and she confirmed that the new office spaces are not for Governor Rankin.

“Right now, where the Premier’s office is, the space is very cramped. So our policy unit and some other members of staff should be shifting downstairs. So, that space is for the Premier’s Office and not the Governor,” Stoutt-Igwe said.

Earlier this year, the Commission of Inquiry (COI) report found that there were instances of corruption within the BVI government and recommended temporary direct rule from the United Kingdom (UK) and stripping elected representatives of most of their powers.

However, this recommendation was not welcomed by many in the community who still feel that locals should be allowed to govern their own affairs.

The UK later decided to defer imposing direct rule after local political representatives formed a coalition and presented a plan to implement legislative reforms and improve governance in the territory.

Still, reports of a possible takeover still invoke anxiety in the community because the public is aware that the UK may still impose direct rule if it isn’t satisfied with the progress being made by elected leaders.
#Commission of Inquiry  #John Rankin  #CoI
Add Comment