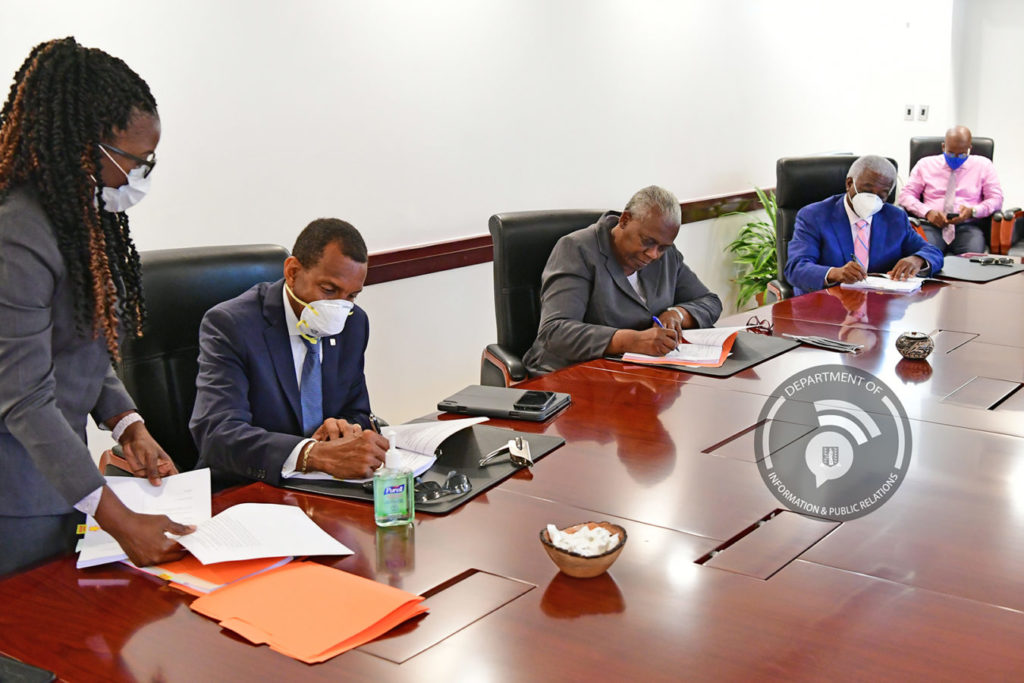 After being put on hold for three years, the contract has finally been signed for the development of affordable housing in the Joe’s Hill area of Tortola.
The contract was signed between the Social Security Board (SSB) and James Todman Construction recently.

The housing development will be known as Joe’s Hill Manor and will construct 43 housing units across seven acres of land in the area.

“We know that we have a number of persons unemployed due to COVID-19. This project is going to put $17 million dollars initially into the economy, and that money will have a multiplier effect. The contractor was chosen after much deliberation. Price wasn’t the only reason, but because of the reputation and the confidence that this government and the Social Security Board has in the contractor,” SSB Director Antoinette Skelton said during the contract signing.

Ground was first broken for Joe’s Hill Manor back in April 2017 with the first four units expected to be completed the following December. However, construction was disrupted by hurricanes Irma and Maria, which ravaged the territory in September 2017.

Skelton said contract signing was the ‘next step in a process that was well underway before the hurricanes’. Notably, the original plan was to construct 53 housing unit at a cost of $14 million.

SSB Chairman Ian Smith, in the meantime, said Joe’s Hill Manor is the first community to be built as a part of the Board’s first-time homeowners initiative.
#COVID-19  #Covid
Add Comment