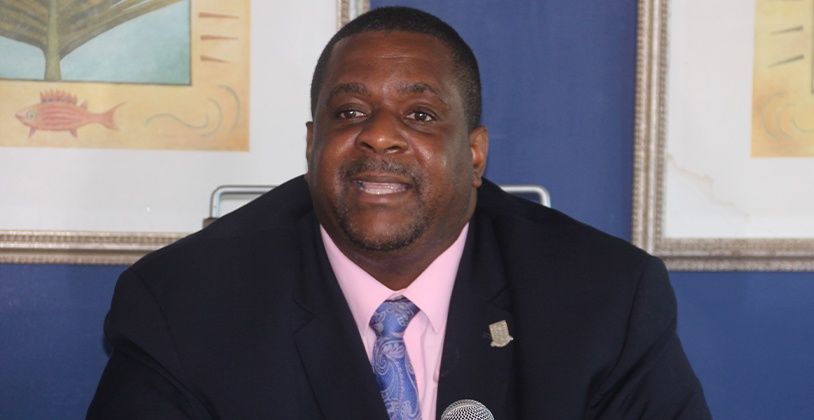 Contractor General, Integrity Commission Appointments To Be Filled In One Month

Premier and Minister of Finance, Hon. Andrew Fahie is adamant that the Government expects to have the Contractor General post filled within one month.
According to the Premier, the position was advertised and the selection is being done in an independent manner with full adherence to Good Governance.

"Numerous persons have applied, and we thank them for offering their services. We hope to have the selection and all the other processes completed within one month," the Premier stated.

The office of the Contractor General serves to promote and enhance standards of ethical conduct by consolidating laws relating to the prevention of corruption and the award, monitoring and investigating of government contracts and prescribed licences. The office is also responsible for supporting the establishment and enforcement of standards of awarding government contracts that will promote and strengthen measures for the preventing, detecting, investigating, judging, sanctioning and prosecuting of acts of corruption.

The Contractor General is primarily responsible for monitoring and where necessary, investigating the award of contracts with a view to ensuring that they are awarded impartially and without impropriety or irregularity and are implemented as specified in the award; and reporting the findings of any such investigation to the House of Assembly.

The responsibilities of Contractor General include working closely with the Procurement Office, other Government Departments and Statutory Agencies to be aware of any award and, where applicable, the variation of any public contract by the public body responsible for such contract.

The Contractor General will among other responsibilities, monitor the award and the implementation of government contracts and statutory agencies contracts with a view to ensuring that:

Meanwhile, Premier Fahie stated that the Government is in process of constituting and establishing the Integrity Commission under the Integrity in Public Life Act.

According to the Act, the Commission is to be comprised of a Chairperson who shall be a retired judge or an attorney-at-law of at least 15 years standing agreed between the Governor and the Premier; one member each nominated by the Governor, the Premier, the Leader of the Opposition and the Christian Council.

"Once all the respective nominations come in, the Commission will be appointed, which should be within the next three weeks. We hope to have the Commission functional within about one month," the Premier stated.

With respect to the other Good Governance legislation, Premier Fahie explained that Government has assigned high priority to the Human Rights Commission legislation, the Amendments to the Registrar of Interests Act and the Freedom of Information Act. He stated that discussions are underway between the Premier, the Attorney General and the Governor, as they continue to work together to expedite the preparation of these legislation so that they can move through the respective processes and become reality.
#Fahie
Add Comment