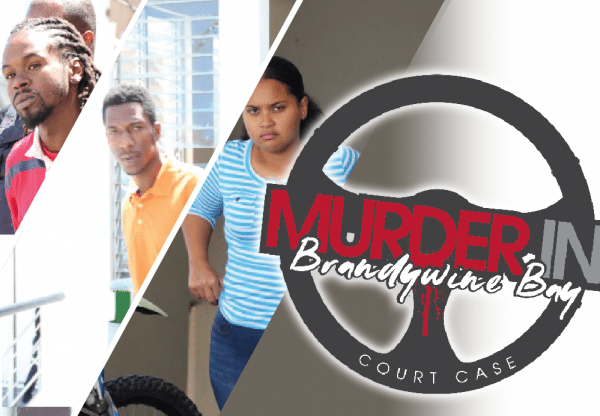 The defence attorney representing Maybelline Rodriguez in the trial for Trumayne ‘Passion’ Daway’s murder has contended that police searched her client’s Huntums Ghut apartment without a signed warrant from a magistrate.

While under cross-examination from Rodriguez’s lawyer Valerie Stephens-Gordon, Detective Constable Stanley Burton said he was part of the Major Crimes Unit that searched Rodriguez’s home on March 2, 2018.

However, in his initial testimony, he only spoke of the search carried out on March 4, 2018, at the Purcell Estate apartment of one of Rodriguez’s co-accused — Rafael Harrigan. Detective Constable Burton indicated to the court that he was only asked about the search on March 4.

The officer said Rodriquez was present for the search which took place at around 12:25 pm that day and he also noted a warrant was read in his presence. Burton also testified that he saw the warrant on the day, and it was a standard warrant. He noted that the warrant was to search for certain properties such as firearms and ammunition.

Stephens-Gordon then showed the officer the warrant that was in evidence, and he confirmed that was the warrant read to the defendant.

Rodriguez’s lawyer indicated the search warrant was signed by the Magistrate and stamped on March 3, 2018, but Rodriguez’s house was searched on March 2.

She put it to the witness that it was after the search, one of the officers obtained the warrant from the court. However, Burton disagreed with her statement.

Meanwhile, Burton had indicated no ammunition, firearm or magazines were found at Rodriguez’s apartment since it was the subject of the search warrant. He indicated that some clothes and personal items were taken from the apartment.

Stephens-Gordon requested to show the witness the search log for items found at the apartment as he could not recall the specific items. It was revealed that a black T-shirt along with a floral brassier, a black pair of leggings, a pair of shorts, a black pair of sandals, some angel shoes and pairs of lady’s underwear were taken.

Burton said all the items found were handed to the exhibit officer and a note taken and the item was bagged. He indicated he could not recall if Rodriguez had signed off on the items taken.

He also noted that he would not know if the items were photographed. Burton also told the court he was not sure where the items are currently as he had a specific duty that day and the exhibit officer would oversee the items found.