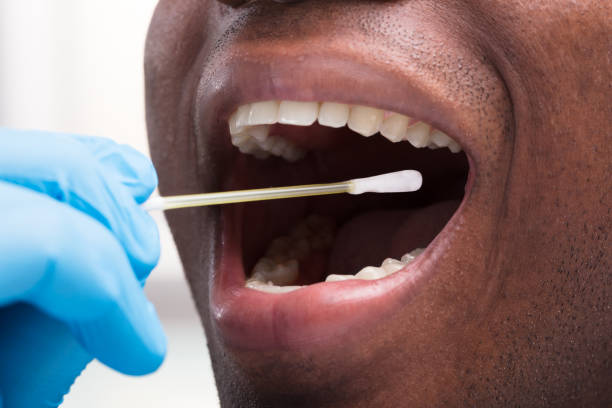 Cops taking DNA ‘by force’ will not be aggressive! It’s a key capability

When news first broke that the new Police Act would give cops the power to take DNA from criminal suspects by force, there was a public uproar against the proposed policy.

Police Commissioner Michael Matthews said during a press conference yesterday that the concept is not as bad or even new as people might believe.

“[The legislation] uses a language that talks about the taking of DNA by force … I think there was this kind of vision [from the public] that my officers were going to be pinning somebody down on the ground and getting a needle out and drawing blood and so forth, and beating them into submission,” the Commissioner said.

In explaining the actual intention behind that area of the legislation, the Matthews said the term ‘take DNA by force’ really means a light “comb through the hair of the suspect or a cotton swab inside the mouth for a bit of saliva”.

The commissioner further explained that this “reasonable force” would only be done if a suspect refuses to give their DNA voluntarily. More importantly, Matthews said this can only be used in cases when a person is suspected of a “serious crime”.

“It has to be certain categories of the crime,” he assured.

The top cop also noted that ‘taking DNA by reasonable force’ is a policy that has been taking from existing legislation that dates back to the 1980s in the United Kingdom.

He also described it as a critical investigating tool that the Royal Virgin Islands Police Force does not currently have.

“The current situation is we cannot take DNA at all unless we’ve charged somebody. And therefore, as I’ve already explained, if we haven’t got enough evidence to charge and we ask somebody to voluntarily give DNA, they can say ‘no’. And even though we might think that they are the prime, number-one suspect and we’ve got blood at the scene of something, we can’t do anything about that if they say no. And that’s a major, major problem for crime investigations to any law enforcement,” Commissioner Matthews said.

He argued that jurisdictions around the world already enjoy legislation that allows — under “very controlled circumstances” — for the police to use “reasonable force” to extract DNA for uncooperative suspects.

Because of the perceived controversial nature of the legislation, the government has decided to go through the public consultation process before moving forward with the Bill.

The Police Act has already undergone what is known as a First Reading in the House of Assembly. This means it has been ‘introduced’ to the House.

It will not advance further until public consultations are completed.