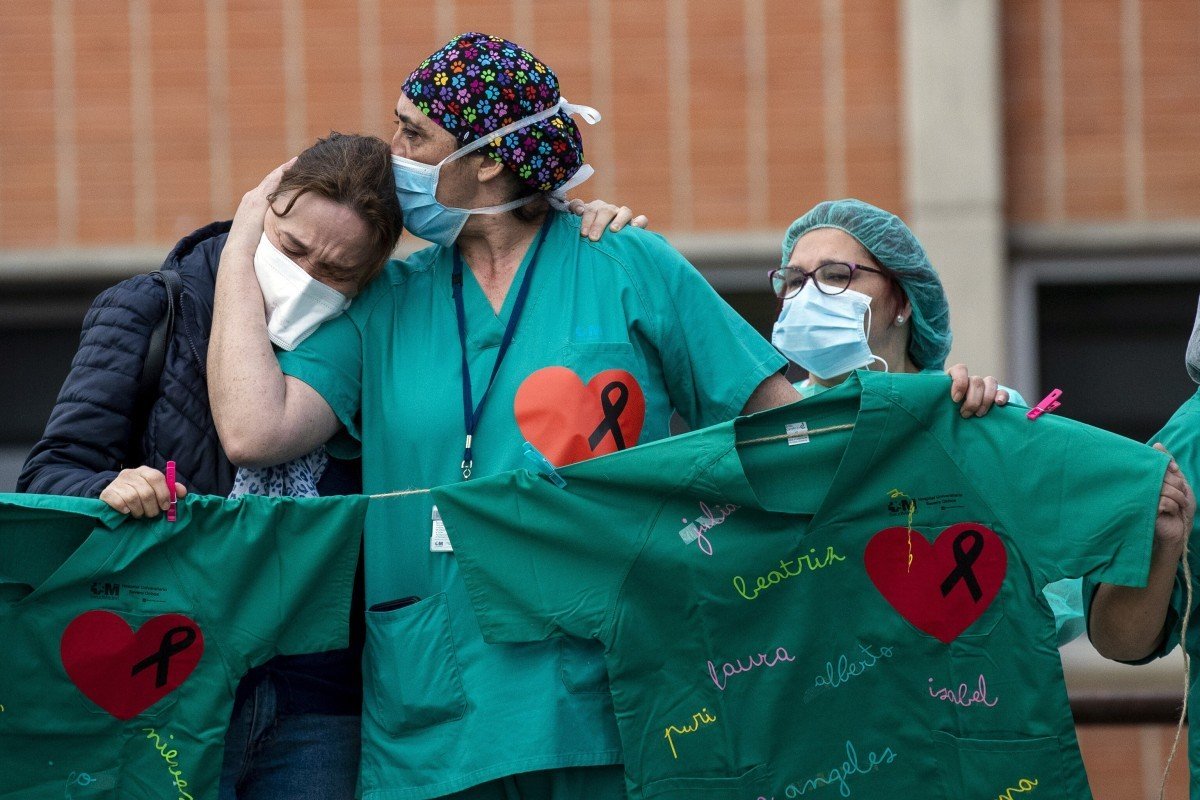 Britain on Friday recorded 980 new deaths from coronavirus within 24 hours, surpassing Italy’s highest daily death toll; Residents in the US have been warned that it is too early to relax restrictions.
More than 101,000 people around the world have died in the new coronavirus pandemic, according to an estimate from Johns Hopkins University.

There are more than 1.6 million confirmed cases, though the true number of infections is likely higher, in part owing to testing shortages. Similarly, the death toll from Covid-19, the respiratory disease related to the virus, might be greater.

In the United States, which has the highest number of cases in the world, with more than 473,000 confirmed infections, New York state remains the hardest-hit region, with at least 7,844 confirmed deaths.

Meanwhile, British Prime Minister Boris Johnson, who has been treated for coronavirus in a London hospital, has “been able to do short walks, between periods of rest, as part of the care he is receiving to aid his recovery,” according to a spokesman for 10 Downing Street.

Elsewhere, German Foreign Minister Heiko Maas spoke on Friday in favour of strengthening the World Health Organisation amid the coronavirus pandemic, despite Trump’s negative comments against the health body.

Turkey ordered citizens to stay at home for 48 hours across 31 cities starting midnight Friday as it rolled out new strict measures to contain the spread of the new coronavirus.

The interior ministry said in a statement the order would last until midnight Sunday in dozens of cities, including the economic hub of Istanbul and the capital Ankara.
#COVID-19  #Covid  #Coronavirus  #Boris Johnson
Add Comment