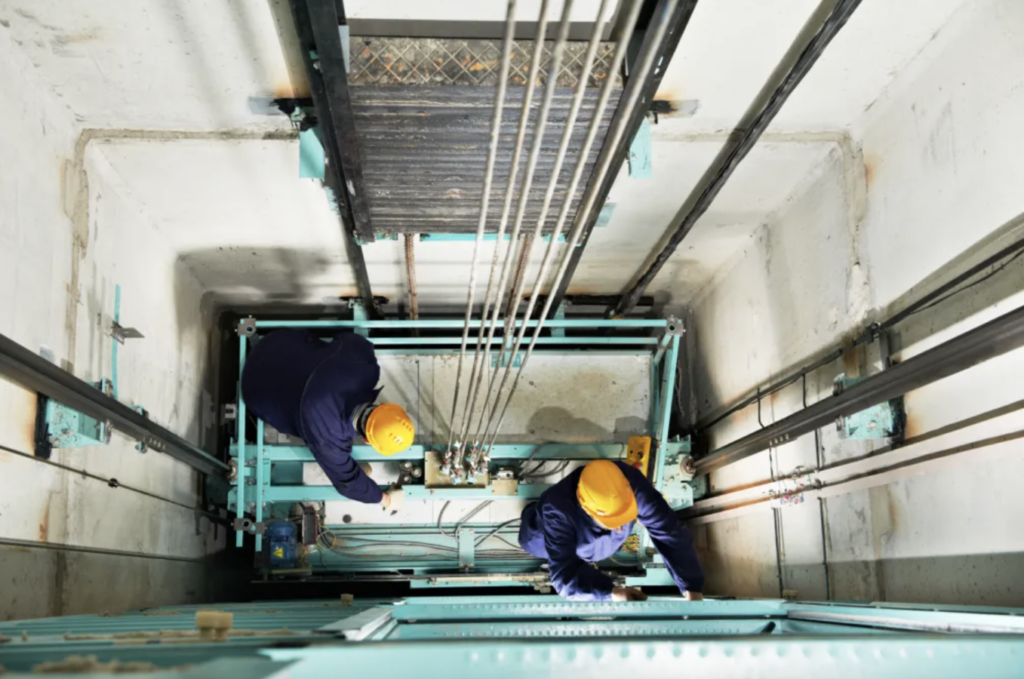 Cost of elevator work at Admin Complex was lower than estimated

Following the completion of the requisite tender process, the much-talked-about cost to install the elevator at the Ralph T O’Neal Administration Complex returned lower than what engineers had estimated.
While answering questions from the media last week, the Premier Dr Natalio Wheatley said he did not have the exact figures of the engineers’ estimates. But he said those projected costs were well in excess of $1 million and the figure that came back after the tender process was approximately $100,000 less.

Back in April, Cabinet awarded the $1,076,796.99 contract to Building Construction Management Ltd for the procurement, installation, and commissioning of a new elevator for the West Atrium of the administration complex.

The Premier noted the refurbishment of the admin complex is important because the government needs to get its workers home.

“Many of us have been scattered across the town and of course, that has financial implications as well as you are renting an office. The Minister for Communications and Works [Kye Rymer] did give a statement in the House of Assembly explaining in detail that this elevator has been a subject of public discussion. That the elevator did come back lower than the independent estimates,” the Premier said.

“This also went through a process through the central tender board. It is important that we use the tender process to ensure value for money for the people of the Virgin Islands. So, a Cabinet decision has been made and the tender has been awarded to a successful tenderer. It gives value for money and based on the independent engineer estimate it actually came in lower,” Dr Wheatley added.

He reiterated that the government is committed to finishing the restoration of the Ralph T O’Neal Administration Complex so government offices can return to the complex and save some money.
#the Virgin Islands
Add Comment