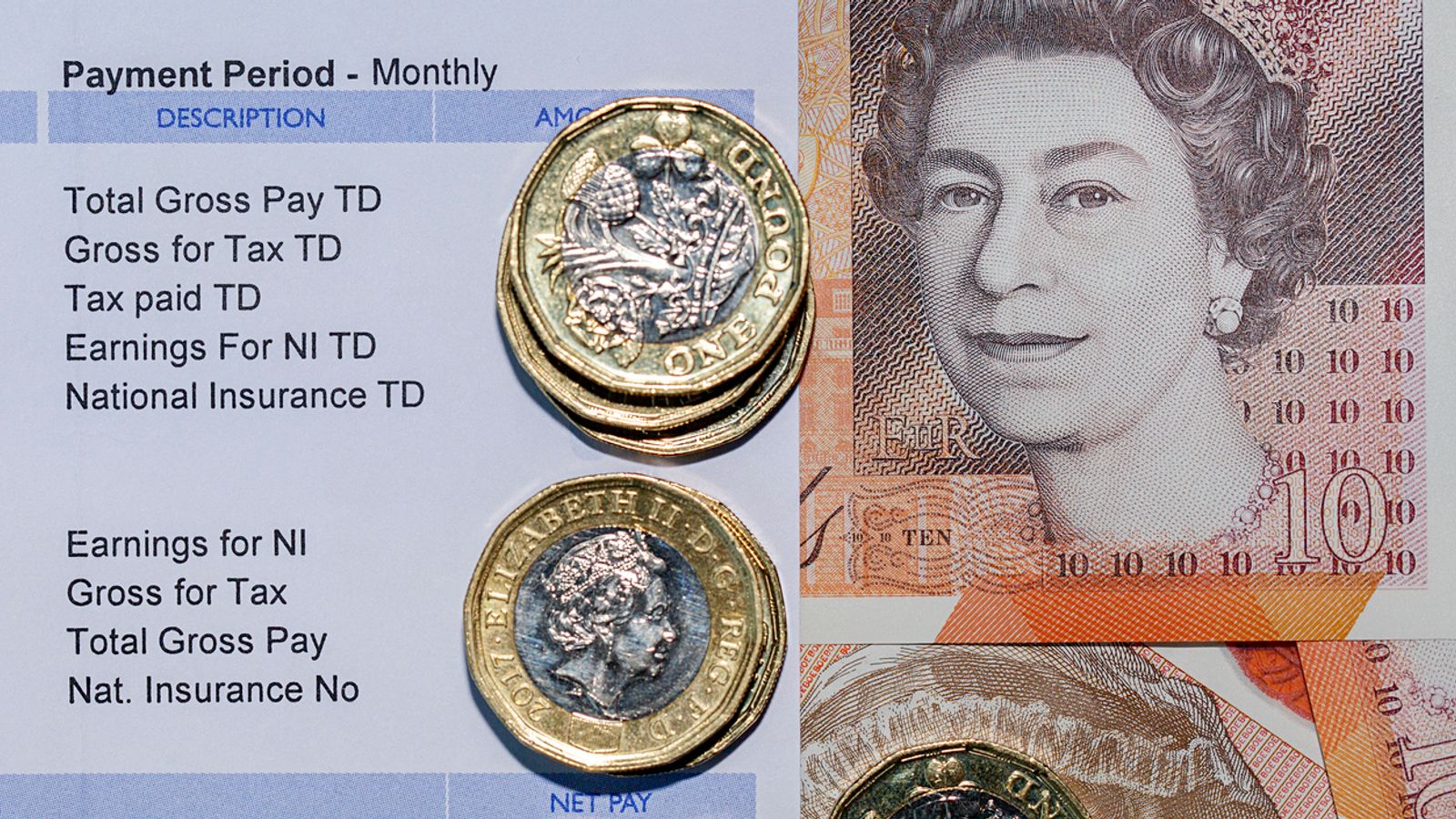 The deteriorating picture for real wage growth is the battleground for unions seeking to protect their members from the cost of living crisis, culminating in the planned national rail strikes due to hit later this month.

The latest employment figures show inflation taking a record bite out of regular pay and an unexpected jump in the jobless rate at a time when people are seeking to better shield themselves from the cost of living crisis.

The Office for National Statistics (ONS) reported that real wages - a measure of regular wage growth when inflation is factored in - had plunged by 4.5% during April.

That was the biggest fall since records began in 2001.

It mainly reflected, the ONS said, the leap in headline inflation during that month when the unprecedented rise in the energy price cap drove the consumer prices index measure to a 40-year high. 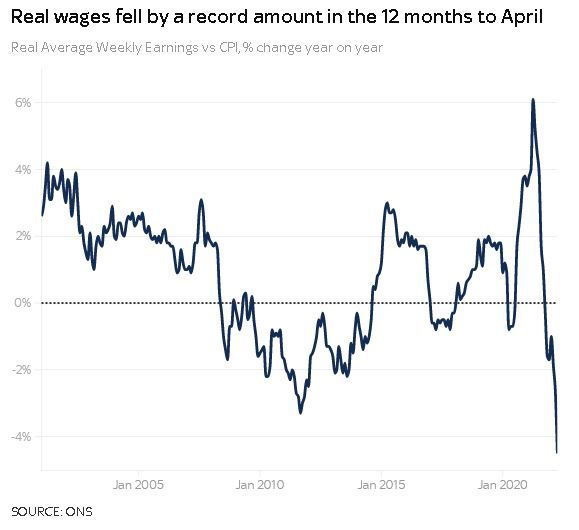 The jobless rate rose to 3.8% in the three months to April, despite a new record high for employment.

It was potentially explained by a rise in the number of students, who are measured as economically inactive, as the ONS has already reported record numbers seeking paid work or better-paid employment.

There has been a rush to secure higher take-home pay as inflation has surged.

The squeeze on incomes from rising bills across the board has contributed to a marked slowdown in the economy and sparked a bitter union fight for pay awards to match inflation.

"While the number of people in employment is up again in the three months to April, the figure remains below pre-pandemic levels.

"Moreover, although the number of people neither in work nor looking for a job has fallen slightly in the latest period, that remains well up on where it was before COVID-19 struck.

"At the same time, unemployment is close to a 50-year low point and there was a record low number of redundancies.

"Job vacancies are still slowly rising, too. At a new record level of 1.3 million, this is over half a million more than before the onset of the pandemic."

She added: "The high level of bonuses continues to cushion the effects of rising prices on total earnings for some workers, but if you exclude bonuses, pay in real terms is falling at its fastest rate in over a decade."

The Bank of England is widely expected to hike its rate again on Thursday as it tries to stop the jump in inflation from turning into a longer-term problem if employers resort to increasing their pay sharply to fill vacancies.

So-called secondary inflation is a major concern for policymakers as surging wages are seen as making inflation more stubborn.

However, the rate-setters are facing down a challenge from unions who are widely campaigning for wage growth in line with inflation for their memberships.

The main battlefront is on the railways where the biggest national strike since 1989 has been threatened by the RMT union later this month, with the action by 40,000 rail workers coinciding with strikes on London's Tube network on 21 June.

"But real wages are falling off a cliff as the cost of living soars.

"Millions of workers are being forced to choose between paying their bills or feeding their families. That isn't right.

"We urgently need action to get people the pay rise they deserve. That means boosting the minimum wage, a real public sector pay rise, and the government supporting - not attacking - unions who are campaigning hard for fairer pay."

Chancellor Rishi Sunak said of the ONS data: "Today's stats show our jobs market remains robust with redundancies at an all time low.

"We are also providing immediate help with rising prices - 8 million of the most vulnerable families will receive at least £1,200 of direct payments this year, with all families receiving £400."