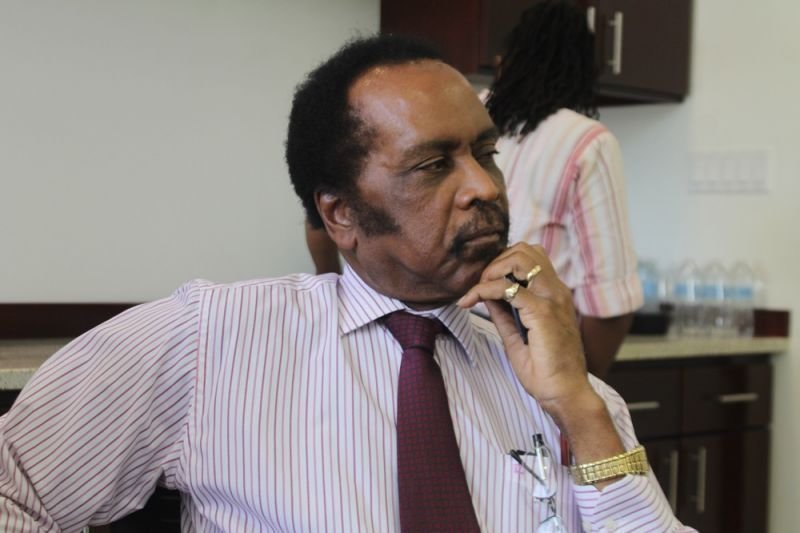 Previous Articles and Broadcasts have been so accurate that the points will last well into the 2nd quarter of next year: Donald J. Trump lost the Election by an Electoral Landslide; 306-232; The Roundabout Barrels and Strings have been removed so Traffic may flow better; Post-Colonial Police Officers Misdeeds surfaced in the Virgin Islands and our Open Borders Uncertainties remain in a constant state of flux.

We approach Dec 1, 2020, with the anticipation of Hopefulness but the fear of dying in despair because we also understand that Circumstances alter Cases… We hear Leaders talk a Big Game but we see America, Europe and Major Countries bounce from Peak to Peak and Lockdown after Lockdown because no one really knows what is happening and the Virus is in control.

Trump’s Loss should not be our Pain:

America’s COVID-19 situation has worsened with Trump’s reaction to his loss as he insists on denying Reality, frightening the corrupt and feeble-minded into going along with nonsense, using the Courts to pollute Justice and circumvent the Natural order of Processes and replacing Security and Military Heads with his Puppets; He even has some Black Men agreeing to their own death and destruction.

Luckily, strong Black Women have led the resistance against his wickedness… While no one thinks he is right or brave, most realise that he is terrified of what may happen to him when he is no longer in Power – What goes around comes around; the writing is on the wall; he is fighting for his life; his own Lies will provide the proof to convict him and Nightmares he created will return to haunt him.

Have patience; it may take a while but the harm he thinks he is doing now will only serve to remove all sympathy from his day of trial… This is the 21st Century and COVID-19 has shown us that World is much smaller than we wish to think… The VI played no role but what trickles from there ends up here and our refusal to learn from the mistakes of others will leave us facing the effects of their decisions.

Hoorah for The Government’s 7%:

We depend on Financial Services and Tourism and with the World’s Economy in Depression and Travel Industry in Recession we need Vision and Fiscal Responsibility more than ever… We should all rejoice when our Government professes to doing so well that they have lost less than 7% of their Income/Revenues during this International Pandemic – This calls for our own Thanksgiving.

This is perfect timing with the UK preoccupied with Brexit and deciding whether to cut Foreign Aid… This also reduces the need to expose our Territory to the importation of COVID-19 since our VI Government can tighten their Spending Belt by 8% and we should realise a profit… Unfortunately, most of us in the Private Sector have not been so lucky – Some have losses as high as a 100%.

We face restrictions on Thanksgiving travel, no indoor singing, Preaching or Christmas Shows… Reports now list Caribbean Cruising Industry as dead in the water until late next year, 2021… Our Leaders may have noticed one of the emphasis America placed on their Stimulus Packages was to ensure all Businesses survived and had the ability to pay and retain their Employees.

Who will Rescue the VI Businesses?

Sadly, we seem to have taken the opposite approach - Rather than having VI Business Stimulus to assist, we find Government Charges intensified… Private Businesses were forced to incur extra un-recoupable costs like Water, Masks, Sanitizers, Paper Products, etc. with no Financial Assistance – This not only inferred a lack of caring but a deliberate targeting of VI Private Businesses for failure.

Without missing a beat, Government Bodies and Agencies continue the deep, corrupt and destructive practice of blocking Employers, taking away their Employees, charging Businesses for Services not rendered and not paying for Goods and Services received… This mal-service is delivered in a manner that demonstrates the Power and potential for Punishment for the Public.

In addition, the present condition of the locally owned Palmgrove Shopping Centre that was wrecked since Hurricane Irma, strongly suggests that neither past nor present Governments cared about the welfare and well-being of VIslanders as Business Owners… We can only hope this attitude has not contributed to ongoing Hopelessness, increased Crimes and untimely Deaths plaguing our Country.

We are neither the UK or USA but we know Colonialism and Trumpism need no Passport to travel – We remain dependent on both and must be careful that our Government’s claim of Financial Success is no excuse for them to think we no longer need them – Had this same problem with UK Passports so when UK promises Citizens Vaccines by April, they should know we are UK Citizens.